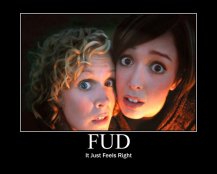 As I noted last week, the British government recently came out strongly in favor of royalty free standards and active consideration of open source software in public procurement. As expected, this decision was greeted with less than universal enthusiasm. One trade group that predictably reacted negatively was the Business Software Alliance, an association that supports the robust preservation of rights in patents. The BSA had previously lobbied actively (and successfully) to delete a similar position from the new version of the European Interoperability Framework (EIF).

According to a story posted at ZDNet.co.uk this Tuesday, the BSA released objections to the new British government policy, stating in part:
BSA strongly supports open standards as a driver of interoperability; but we are deeply concerned that by seeking to define openness in a way which requires industry to give up its intellectual property, the UK government's new policy will inadvertently reduce choice, hinder innovation and increase the costs of e-government.

The BSA went on to urge the U.K. government to "align itself with the best practices recently endorsed by the European Interoperability Framework (EIF), which examined this very issue over a two-year consultation involving all stakeholders".

The BSA position was soon derided as FUD (i.e., an attempt to spread “fear, uncertainty and doubt”) by proponents of openness, including Glyn Moody, who ably assesses the expected impact of the U.K. policy as regards free and open source software vs. proprietary software here.
But what of the BSA’s claim that free and open standards, as compared to free and open source software (FOSS), will “reduce choice, hinder innovation and increase the costs of e-government?”
In fact, such an argument is far harder to make in the case of standards than it is in the case of FOSS. The reasons are several.
First, while there are exceptions, standards generally describe not products, but product elements, functions or characteristics. In the case of information and communications technology (ICT), the most significant group of standards is developed to enable interoperability. Secondly, where standards are more fundamental, they generally exist at a lower level in the stack of technology.
From an antitrust perspective, what this means is that standards typically lock in only so much of a product design, or service characteristics, as is necessary to achieve interoperability.  This leaves plenty of room for vendors and service providers to innovate and compete above the layer of standardization by providing value-added functionality, additional services and other differentiating features.
Standardization is further smiled upon under antitrust and competition law because of the “pro-competitive effects” that it can provide. In the ICT space, this particularly means enabling a “network effect,” meaning that vendors will have incentives to invest in new standardized technologies because of the high likelihood that large numbers of customers will flock to their wares, leading to economies of scale, lower prices, vital new services (like the Internet and Web), and rapid proliferation of new services piggybacking on the network – a classic “virtuous cycle.”
With that as background, we can return to the question of whether the BSA claims make any sense.
The answer is yes and no, with the “yes” being theoretical, and the “no” being the real world.
The theory that presumably underlies the BSA argument is that the traditional standards world allows the owners of patents – including the owners that participate in the development of a standard – to charge for the use of their patented technology so long as they disclose it when required in the course of the standards development process.  This allows the developers of the draft standard to see if they can design their way around the patent in order to avoid the necessity of approving a standard that may require the payment of a royalty.
For generations, this has been considered to represent a fair balance between the rights of the patent owner, on the one hand, and the marketplace on the other. And indeed, until the advent of the Internet and the Web, there were few dissenting voices from this conclusion.
BSA’s argument is presumably therefore that if patent owners could not charge for the use of their technology by the implementers of standards, they would quit participating in developing standards, or implementing such standards if they would be required to make their own affected patents available to other implementers for free as well. Standards development and implementation would therefore grind to a stop.
Theories are all well and good.  But what does the marketplace tell us about how patent owners would actually behave under such circumstances?
The interesting thing is that, notwithstanding the fact that the overwhelming number of ICT standards are still created in standards development organizations that allow royalties to be charged, very few standards are ever released that do, in fact, require the payment of royalties – even though those that have developed them often do own patents that would be “necessarily infringed” by a product built to their standards.
So if the BSA is right, how can that be so?
The reasons are several, and include the fact that vendors may own other patents that implementers implementing the standard might want to license (say for a product extension), leading those vendors to use some patent claims as bait to hook the type of larger fish that can be spawned by the network effect.
But the bigger reason is that in the world of ICT, the benefits of the network effect are so enormous that having even a slight advantage or head start, such as having your technology rather than a competitor’s included in a new standard, can greatly outweigh any royalties that might have been obtained under the old regime. Companies are therefore quite happy to compete to get their technology included for free.
So while it is true that patent royalties continue to be common in some standards areas (e.g., video and electronic media formats), this is true more for historical reasons peculiar to those industries rather than otherwise.  Overall, the momentum in ICT for some time has been towards waiving royalty rights rather than asserting them.
From that perspective, the U.K.’s action is far more a recognition of market reality rather than a radical move against the interests of proprietary vendors.  Far from “inadvertently reducing choice, hindering innovation and increasing the costs of e-government,” it will simply nudge marketplace laggards, through the soft power of government procurement, to grudgingly follow where their more enlightened competitors have already forged ahead.