Regular readers will know that the addition of Huawei and scores of its subsidiaries to the U.S. Bureau of Industry and Security Entity List last May has had a serious impact on standards setting organizations (SSOs). Specifically, the related …

A few weeks ago it seemed likely that the US Department of Commerce, Bureau of Industry and Security (“BIS”), would issue new guidance that might free standards setting organizations (SSOs) from the difficult position they have found themselves in for … 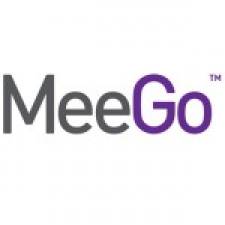 I don't usually post twice a day, but today was opening day in Barcelona of the Mobile World Congress, the biggest mobile show of the year, and the announcements were popping thick and fast.  One of those announcements unveiled a new mobile platform called MeeGo - a new open source contender in the race to power the broad array of devices that are rapidly proliferating in the mobile marketplace.  And, I'm happy to say, MeeGo will be hosted by The Linux Foundation.

We've been working for some time on this,  and we're very pleased that the project has now gone public. The LF press release can be found here, and the Intel version of the joint Intel-Nokia release is here.  As usual, both are also pasted in below for archival  purposes.  I think you'd also find LF Executive Director Jim Zemlin's blog entry worth a read, and I'll quote from it below.

There's a comprehensive update of the long-raging Wireless Wars at the IEEE site right now, written by Greg Goth, and aptly titled This Little Standard Went to Market; This Little Standard Blew Up.   Those wars, you may recall, have been raging for years.  Most recently, attention has focused on a new and hotly-contested wireless personal area network standard intended not to replace WiFi, but to allow other types of devices – like stereo equipment – to be connected wirelessly.  IEEE chartered the 802.15.3a short-range universal serial bus (USB) standard task group to create a specification to satisfy this need, and many were the proposals offered by the task group participants to serve as a basis for that specification.  Although those many proposals were eventually winnowed down to two, the task group ultimately gave up in January of this year, when the final two warring camps couldn't agree on a compromise

And then there is the 802.20 long-range mobile wireless standard, which will provide a long-range equivalent to WiFi.  The IEEE itself shut down that task group last June to conduct an investigation, after charges of conflict of interest and favoritism on the part of the chair, as well as stacking the vote by some members, were leveled.  The IEEE standards board conducted an investigation, and found “a lack of transparency, possible ‘dominance,’ and other irregularities in the Working Group.”

I've written about each of these battles frequently over the years, dedicating the March issue of the Consortium Standards Bulletin  to Standards Wars generally, and to the wireless heat-butting in particular, as well as writing a number of blog entries that you can find here.   You can also find a file of over a hundred news articles on the same topic here.   Most of these battles have played out in, or around, the IEEE, and in particular within the 802 technical committee, which manages protocol development for local and metropolitan area networks.

Lately I've been writing quite a bit about "standards wars," frequently using the wireless space as an apt example of behavior that sometimes smacks of the Mutually Assured Destruction (MAD) strategies of the Cold War.  A few days ago, the example got even apter with the announcement by Motorola spinoff and silicon vendor Freescale that it was splintering off of the splinter group that it had splintered off of the IEEE working group that then failed to set a UWB standard.  Got that?  If not, don't worry - it doesn't really make much sense anyway.

The underlying facts are as follows: one of the many wireless working groups within the IEEE was trying to develop a high speed, short range, low frequency standard to cut down on domestic cable clutter that otherwise collects around products such as your PC.  As with many other standards, the differences between alternative ways of solving that problem make a lot of difference to vendors, but not much to consumers, who just want things to work when they come home and plug them in.

But this is the wonderful world of wireless, where little happens easily these days.  And in this case, things are working even worse than usual.

Single standards can do small jobs, but it takes a village of standards (and standard setting organizations) to enable a Digital Home.

Back on August 9, I wrote about the fact that a patent pool had been formed by some of the patent owners that believe that their intellectual property rights (IPR) would be infringed by the implementation of RFID technology. I was reminded of this entry when a reporter who was writing about the current status of that initiative called me up to explain how patent pools work. He's written what I think is a very clear update on this situation, called "The RFID Patent Pool: Playing Poker," which you can find here.

The blog entry in question was one of those that I write from time to time that seek to dig below the surface of what is generally perceived to be bad news in order to determine just how bad that news really is. In this particular case, I was pointing out that if the laudable efforts of those that had been working hard to create a royalty-free environment for RFID technology were going to fail, then the next best outcome could well be a patent pool.

There's another standards war story that's been running in the news over the past few days that has an eerie sense of familiarity. It goes like this: Two camps can't agree on a standard that is being developed within an existing, well-respected standards body. Eventually one camp takes its effort to Ecma International for approval and fast tracking to an international standard in order to outflank the first standards organization, and to thwart the success of the other camp. Now where have I heard something like that before?

What don't you need when you have two rival groups, each pushing their own standard within the IEEE 801.11n working group? A third, formed outside the IEEE, that says "take our proposal instead, or we'll go it alone."

A long-running drama has taken a new and relatively unusual turn that is worth noting. That drama is the long (and ultimately unsuccessful) struggle that was waged within EPC Global to maintain a royalty-free environment for RFID standards. And that new turn is the announcement today that a patent pool is being formed by some 20 companies to establish royalty rates and manage royalty payments on implementations of EPC Global RFID standards.