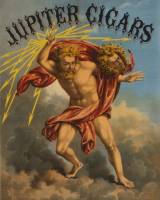 Frank closed the back door of his camper behind him and peered carefully around its corner. There had been no room for a vehicle his size in the motel’s main lot when he arrived, so he’d found it necessary to park in an overflow lot beyond the pool area. Only a few cars and pickup trucks shared the lot with him now, one of which must hold the person who was helping himself to Frank’s wireless connection.

But no one could be seen in any of the vehicles nearby. Some were at odd angles, though, and the faint glow of a laptop might not be visible, especially if someone was being careful to avoid detection. He’d have to walk around the lot and try to get a better angle to tell for sure. Suddenly he felt insecure; how many of those pickup trucks had gun racks in their cabs, he wondered? Maybe it wasn’t so important after all to know who the hacker was.

And then he noticed it: an old VW camper, parked in the very back of the lot, with the curtains drawn. Bingo. That must be it. He felt his courage returning. How threatening could someone be that would rent a VW minibus?

He walked to the edge of the parking lot, keeping his camper in the line of sight of whoever was in the minibus. Feeling rather foolish, he scooted around the periphery of the lot in a hunched-over posture, staying behind the ratty landscaping as much as possible. When he was directly behind the VW, he crept quietly up to it and tried to find a way to peer past the curtains. But there was no way to see in

Crouching once more, he edged along the side of the vehicle until he was in front, and slowly stood up until his eyes barely cleared the bottom of the windshield.

Inside, he saw the head and shoulders of someone silhouetted against the glow of a laptop. On the side of the camper, he could see a partially open cabinet. He couldn’t see what was inside, but from time to time he could see the flickering of yellow and red lights reflected on the back of the cabinet door.

He crouched back down. Now what?

His haunches started to ache, so he sat down on the ground, once again feeling foolish. He had no doubt that the person inside the camper must be the one that was piggy-backing on his Internet connection. But if they denied it, how could he prove otherwise? Maybe he should just sneak back to his motel room and forget all about it.

Just then, he heard the engine turn over, and the minibus’ headlights came on. Involuntarily, he pasted his back to the front of the minibus, trying not to be seen. Then, realizing that he might be run over at any moment, he jumped to his feet and turned around. Finding himself unable for the moment to move, he stood staring face to face through the windshield at the person he had set out to find.

Otto Barbash stood at the end of the private dining room in Chicago. His guests had enjoyed an excellent dinner, and the tables and chairs were now swept away. As always, Barbash was impeccably dressed in a dark, bespoke suit and club tie. A handkerchief emerged from the vest pocket of his suit coat, folded to display three identically spaced and proportioned points, as well as his personal monogram. Cupped in the fingers of his right hand he held a small brandy snifter.