Anyone paying attention to technology news lately knows that the Titans are clashing for control, or at least a share of the monetary rewards, of the mobile marketplace.  When technology historians look back on this era, they'll likely see this as a time when the tectonic plates suddenly shifted, wrenching apart corporate monopolies and rearranging the terrain upon which the next great age of technical innovation and adoption will play out.  These sudden shifts have predictably sent tremors reverberating across the competitive landscape.

Last Thursday the European Commission took a major step forward on the “openness” scale.  The occasion was the release of a new version of the European Interoperability Framework (EIF) which definitively endorsed the use of open source friendly standards when providing “public services” within the EU. This result was rightly hailed by open source advocates like Open Forum Europe.
But the EC took two steps backward in every other way as it revised its definition of "open standards," presumably reflecting IT industry efforts (e.g., by the Business Software Alliance) to preserve the value of software patents.

In this blog entry, I’ll review the seven-year long process under which the “European Interoperability Framework” (EIF) first set a global high water mark for liberalizing the definition of open standards, and then retreated from that position.

Ever since the proposed acquisition of Novell by Attachmate Corporation there has been much curiosity, but almost no information, relating to the other major piece of the deal: the acquisition of 882 patents by a consortium led by Microsoft for $450 million. There are three main areas of undisclosed information that are piquing peoples’ interest, and in this bog entry I’ll go through each of them.

Two days have now passed since Novell announced the high-level terms of its proposed sale, and so far the press has not been able to prize any additional details out of the parties involved. As a result, speculation is rife on several key points, and especially with respect to the 822 patents that Novell proposes to sell to a consortium of companies, only one of which has been disclosed: Microsoft.
Given this dearth of information and the fact that I’ve been a transactional lawyer for over 30 years, I’ll use this blog entry to lay out those things that can be known, those that can’t (yet) be known, and when we can expect additional disclosures.  (This is a long blog post, so if you have a short attention span and only care about Linux, that bit is at the end.)

If you’re interested in the intersection of technology, government, standards and open source software, you really want to be paying close attention to Europe these days. That’s because the EU is where all of the really interesting, high-level IT policy action is.

Yes, there are some important things happening in China, but Chinese policy is very narrowly targeted towards achieving industry-specific economic goals. And yes, isolated initiatives and skirmishes pop up in the U.S. from time to time, much to the bewilderment of most legislators.  But it’s in the EU where you find by far and away the greatest sophistication on the part of policy makers, and the most extensive grass-roots engagement by citizen groups.

The reason is not surprising. Unlike those other two huge markets – the U.S. and China – the EU is of course made up of many independent states, and it has taken decades of multidimensional, creative effort to incentivize, cajole and nudge those states into a more cohesive and forceful economic whole.
With that by way of background, let’s take a look at a kerfuffle that emerged yesterday when two lobbying associations reacted to a pre-release copy of the latest version of that extremely interesting and much battered document called the European Interoperability Framework (EIF), version 2.0.

As most of the technology world knows by now, Oracle has brought a suit for patent infringement against Google, asserting that the Java elements incorporated into Google’s Android operating system infringe patents that Oracle acquired when it took over Sun Microsystems. The basic facts are here, and the complaint can be found here. What no one yet knows for sure yet is why?

My crystal ball isn’t any clearer than the next guy’s but here are a few thoughts to consider. 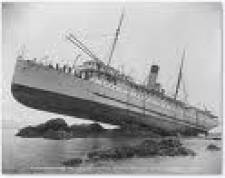 Have you discovered the Alexandria Project?

A long running case of great significance to the legal underpinnings of free and open source/open source software (F/OSS) has just settled on terms favorable to the F/OSS developer.  The settlement follows a recent ruling by a U.S. Federal District Court judge that affirmed several key rights of F/OSS developers under existing law.

That case is Jacobsen v. Katzer, and the settlement documents were filed in court just after 9:00 AM this morning.  Links to each of them can be found later in this blog entry.  The brief background of the case, the legal issues at stake, and the settlement details are as follows. 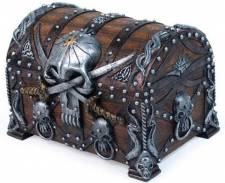