Frank Sr. swung his ancient Land Rover back onto the highway, a server humming in the back and Frank Jr. tapping away in the front on his laptop. Power and connector cables passed between the two seats.

“I’ve only got an AirCard to work, but if we’re lucky I’ll have Foomjoy’s entire hard drive replicated by the time we cross the Mississippi. I’ve already got the CIA’s list of hacked sites from the CIA, so let’s see what that shows.”
Frank pored over the data as they drove eastward into the night. There seemed to be no order or pattern to the 492 sites that had been attacked to date. Every type of host had been hit - newspapers, universities, retailers, government sites, non-profits – you name it. After the first few high profile targets, the most obvious conclusion seemed to be that the hits had been chosen at random.
What to make of that?

The U.K. Cabinet Office accomplished today what the Commonwealth of Massachusetts set out (unsuccessfully) to achieve ten years ago: it formally required compliance with the Open Document Format (ODF) by software to be purchased in the future across all government bodies. Compliance with any of the existing versions of OOXML, the competing document format championed by Microsoft, is neither required nor relevant. The announcement was made today by The Minister for the Cabinet Office, Francis Maude. 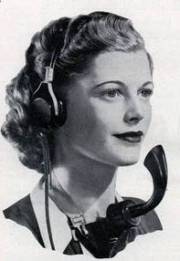 FBI Director Francis X. McInnerney pressed the intercom button on his speakerphone.
“Yes, Mary?”
“Mr. Baldwin for you, Sir.”
McInnerney gave a gasp that was half astonishment and half rage. Baldwin was calling him after nuking an FBI target that morning? He punched the phone ferociously with his index finger and cut loose.
“What the hell do you think you’re doing Baldwin, interfering with an FBI operation on American soil? You’re so far over the line I’m going to get your head handed to you if it’s the last thing I do!” 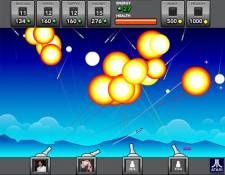 Two can play the same game, CIA Director John Foster Baldwin thought with a smile. Maybe this inter-agency database has something going for it after all.
“Do we have any equipment within range of Ely Nevada?” Baldwin asked into his speakerphone.
“Yes, Sir. We’ve got units at our New Mexico test facility. We can send them in above commercial air traffic and then give you about five hours over target.”
“That will be more than we’ll need. I want two ready to go as soon as you can, one for the mission, and the second as backup. Can you get me on target by first light tomorrow?”
There was a pause this time. Baldwin could hear computer keys clicking in the background. 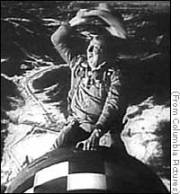 “Yes, Gwen?”
“Mr. McInnerney for you, Sir.”
The Director gave an inward groan. What the hell could Francis X. McInnerney want?   Baldwin hadn’t spoken to the FBI Director since their grilling by Congressman Steele’s committee weeks ago. And why would he want to? McInnerney had done everything he could to deflect Steele’s wrath towards the CIA, and with some success, too. Whatever McInnerney might have to say, Baldwin doubted he’d like it.

If you were to count up all of the earnest articles, blog entries, and even Colbert Report routines that have been dedicated to the Amazon vs. Hatchette dispute, well, you wouldn't have an accurate number, because more would have been written while you were counting. Curiously enough, almost 100% of them  miss the point of greatest concern to authors. The real issue isn't whether the on-line retailer or the publishers win the current battle, but whether there will be any real competition in the marketplace in the future regardless of who wins. Right now, it's very hard for me to see how there can be.  Here's why. 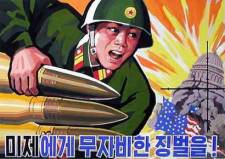 General Chan Bok-choy, ranking general of the Peoples Army of North Korea, was walking across a broad plaza at the side of the President of the Supreme People’s Assembly. They had just left a meeting with the Dear Leader, and had only a few minutes to converse without being overheard by their aides, or by those in the listening rooms that monitored the microphones that were everywhere.
General Bok-choy knew that they were not completely safe from surveillance even here. Doubtless, some member of the Secret Police was filming them from a hidden location using a telescopic lens, so that another agent could later try to read their lips. For that reason, the General walked with his hands clasped behind his back and his head bowed. Being at the top of the chain of command in the paranoid, otherworld of North Korea meant you were always being spied on by everyone else in the inner circle. And, of course, you were spying on them as well.
President Kim Lang-dong spoke first.
“Are you sure that you can destroy both Washington and New York, General?”
“There can be no doubt.”

Where were you when you first learned about open source software? If you’re under, say, the age of 40, your answer will probably be, “Come again? I’ve always known about it!” But if you’re older, you may recall the first time you ever heard the phrase. Maybe it was when Netscape announced it was going to “open source” its Navigator Browser, or perhaps when you heard the name Richard Stallman for the first time. It may also be the case that it was some time before you really got your arms around what open software (or Stallman’s Free and Open Software) really meant in all of its various connotations – license-wise, commercial and community.

Or maybe you got involved before the phrase “open source software” had even been coined (in 1998, by Bruce Perens and Eric S. Raymond) to describe what it was they were doing. 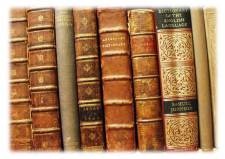 “There?  That dusty old bookstore?  That's where you think the Alexandria Project that's trying to take down western civilization as we know it is based?"
“Yes, 'that dusty old bookstore!'” Marla snapped. “My father’s certain that’s where the attacks are coming from. We’re in Alexandria, right? So it all ties together. And in case you’ve forgotten, the first gripe the Alexandria Project mentioned in the letter they sent George Marchand was about the Library of Congress pulping books,” so why not a bunch of book fanatics? Marla blew her nose, and Carl noticed for the first time that she had a bad cold.
“Okay, okay. It’s just not what I had expected, but don’t worry, we’ll take it from here.”
“’We’ll take it from here?’ What is that supposed to mean?” Marla was more than annoyed now.
Carl looked surprised. “You know, I’ll report in to headquarters, we’ll comb the store without the owners knowing anything, and if we can find the right evidence, we’ll arrest them.”
“Right.” Marla said. “Exactly right. That’s just what we’ll do. Didn’t anyone teach you how to use pronouns properly?”

Unless you’ve been taking a holiday from the news for the past month, you are already aware that Amazon is in the midst of a very nasty negotiation with Hatchette, one of the “Big Five” U.S. publishers. Together, as a result of a decades-long series of acquisitions, these five companies have consolidated virtually all of the most-revered, but now conglomerate-owned, publishing houses in the U.S. Given the degree of respect that books still command, the dispute has attracted far more public commentary than commercial disputes in such a narrow market usually attract.