Heaven help us all, they’re doing it again. The “who” are the venture capitalists, and the “what” is super-inflating another start-up company bubble. Consider the following valuations, as summarized by Steven Davidoff-Solomon in this morning’s New York Times: Instacart, a same-day grocery delivery service (remember WebVan?) wants to raise $100 million at a $2 billion valuation. Too modest? How about WeWork Companies (why not share your office space the way Uber shares cars?), which closed on $355 million at a $5 billion valuation. And then, of course, there’s Uber, with a $41 billion valuation, but only a modest share of the $7 billion a year people spend on cabs.

Scientists and philosophers have struggled for years to define our relation to reality, or even to decide what “reality” might be. The rest of us mostly muddle through the daily experience of our existence.  For a writer, perceptions of reality are also important, as it’s easier to write about what we have perceived than what we have persuaded ourselves to imagine.

It was only two weeks ago that I wrote here about the launch of a new Linux Foundation consortium, called the Open Platform for NFV Project. That's an extremely important development on the telecommunications front, with a mission "to develop and maintain a carrier-grade, integrated, open source reference platform for the telecom industry." But if you're not of the technical persuasion, where does that rate on the register of cool? Well, maybe not so high.

Today's announcement, on the other hand, should be enough to catch the eye of anyone. This time, the effort being launched is called the Dronecode Project, and the code it supports controls a much hotter platfrom than a telecom backbone: unmanned aerial vehicles (UAVs), more popularly known simply as "drones." So just how cool is that?  (Disclosure: my firm and I represent the Linux Foundation and the Drone Project).

It would be easy, and even no surprise, to spend a year in Washington, D.C. and never hear the word "open" used during a high level policy discussion. That wasn't as true at the beginning of the first term of President Obama, when open source software and open data were mentioned frequently on the White House web site, at least. But that was then, and this is now.

It's quite the opposite in Europe, where all things open (standards, source code, data and research) have been the subject of lively discussion and incorporation into core policy goals and directives. Nor has that happened by coincidence.

The Linux Foundation this morning announced the latest addition to a rapidly expanding list of ambitious open source initiatives that are seeking to transform the way the world does business. The newest project on the block is called the Open Platform for NFV Project (OPNFV), and its mission is to develop and maintain a carrier-grade, integrated, open source reference platform for the telecom industry.

The project is launching with thirty-eight founding companies, including many of the largest IT companies in the world. Importantly, they include not only cloud and service infrastructure vendors, but telecom service providers, developers and end users as well. (Disclosure: my firm and I represent the Linux Foundation and OPNFV).

OpenForum Europe, an advocacy group focusing on IT openness in government, issued a press release earlier today announcing its launch of a new public Internet portal. At that site, anyone can report a government page that offers a document intended for collaborative use for downloading if that document is not available in an OpenDocument Format (ODF) compliant version. The portal is called FixMyDocuments.eu, and you can show your support for the initiative (as I have) by adding your name here (the first supporter listed is the EU's indominatable digital champion, Neelie Kroes). 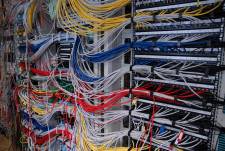 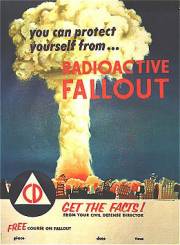 “Marla, if the FBI has spotted him, we’ve got to get him someplace safe – maybe somewhere in West Virginia if he’s already back east. Where is he now?”
“I don’t know for sure. I just know he’s headed into town.”
“Into Washington? Is he out of his mind?”
“He figures D.C. is the last place the FBI will look for him - they won’t believe he could get past them.”
Washington! If Frank carried that line of reasoning far enough, he’d probably head for his own apartment!

“What do you mean that Web site doesn’t exist? I’m looking at its log-in screen right now.”
George Marchand was on the phone with the director of IT services at the U.S. Geological Survey.
“No it doesn’t George. You know what I’m saying.”
“I know you’re saying you know something you’re not telling me.”
“No, George. You know I’m saying I know something I can’t tell you. C’mon, be reasonable.”
“OK, have it your way. Then how about giving me a user ID and a password that don’t exist for this Web site that doesn’t exist?”