The following piece is the editorial in the latest issue of my eJournal, Standards Today.  The issue is titled, A Standards Agenda for the Obama Administration and includes further articles on that topic.  For a free subscription to Standards Today, click here. 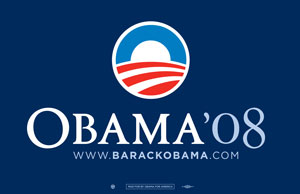 Barack Obama promises to be the most technologically attuned U.S. president ever. More than a year ago, he released a policy statement on technology and innovation that detailed his plans to employ state of the art technology to pursue a broad spectrum of goals, such as increasing national competitiveness, providing next-generation broadband access for all, creating a "transparent and connected democracy," decreasing health care costs, acting to prevent global warming, and lowering American dependence on foreign oil. In pursuit of these goals, he also promised to appoint the nation's first Chief Technology Officer.

These are worthy and important goals. Like the other commendable promises the president-elect has made, they will be difficult to realize, for reasons both obvious and subtle. The obvious challenges include a crowded and ambitious agenda, the difficulties of achieving political consensus, and above all, the overarching urgency of addressing a global economic meltdown that demands attention above all else.

But there are subtle hurdles that are equally daunting, if less visible. They include the need to develop a multitude of new information and communications technology (ICT) standards in record time, utilizing a standards creation process that is at best loosely coordinated, frequently contentious, and almost completely independent of government influence or control. Moreover, the current standards development infrastructure was never designed to create the suites of closely integrated standards that will be needed to solve the types of complex problems embedded in the Obama technology and innovation agenda. But while the challenge of creating standards-based solutions may be uninteresting from a policy perspective, an inability to perform in this pursuit may present as serious an impediment to success as any failure to secure requisite funding or garner sufficient Congressional support.

Consider just the following examples from the Obama technology and innovation platform:

What these goals (and many other others) have in common is a dependency on a bewildering array of yet to be developed standards in diverse technologies that will be needed to enable the solutions themselves, or to measure and/or regulate their results. Moreover, each goal comprehends a variety of complex technical (and often scientific) domains, as well as diverse business dynamics. To give but a single example, providing next generation broadband access to all will not only require creating the standards that make such access feasible, but also persuading multiple layers of commercial interests to implement and deploy them, in some cases thereby thwarting the business strategies of global corporations that have already invested billions in competing solutions.

Compounding the problem is the reality that In virtually no instance is there a single standard setting organization (SSO) with the demonstrated competence to provide all of the standards needed to meet the requirements of the goal in question. By way of example, converting to a national system of electronic health records will require standards-based forms, data formats and schema, privacy and security protocols, and much more. As a result, suites of existing and yet to be developed standards will need to be assembled into profiles to address the use cases identified in each instance before the actual work of deploying the technology needed to achieve the goal in question can even commence.

Happily, a public-private initiative called the Health Information Technology Standards Panel (HITSP) was formed in 2005 to begin work on this challenge, providing not just a head start on this aspect of the administration’s innovation plan, but also a model of the type of creative solution that will be needed to address other standards-dependent goals as well.

But these other dependencies still need to be identified, and their solutions defined and deployed. The administration is therefore faced with the uncomfortable choice of cobbling together imperfect and partial solutions using the tools at hand, or marking time until the standards are developed to fill the gaps and detailed profiles are designed to provide robust solutions. In each case, this will require a methodical process of achieving both technical as well as business consensus. If the administration takes the easy route based on existing tools, it will guarantee inefficient use of public funds and under delivery of results. But if it pursues the best technical solution in too slow a fashion, it will risk saddling the new administration with a reputation for promising more technology-based progress than it can deliver.

The situation is exacerbated by America’s traditional preference for a "bottom up" standards development infrastructure that is driven largely by industry initiative rather than government priorities. In contrast, the European Union has a decades long history of centralized, standards based planning, a variety of regional standards bodies purpose-built to address government priorities, and a record of success in utilizing standards to further both social and trade policies.

In the absence of such an existing alignment of government and standards development, the Obama administration will need to break new ground if it wishes to achieve its goals in an effective fashion. And it will have to act quickly, from the ground up. The key tasks will be as follows:

This is no small work order, especially if a consistent methodology is to be applied (as it should) across all agencies, in order to ensure maximum efficiency and achievement of policy goals.

But compared to the other challenges that face the Obama administration, this task is pedestrian, requiring only prompt recognition of the need, and care in designing and executing the program that needs to follow. In the article that follows, 10 Standards Recommendations for the Obama Administration, I offer a series of proposals that would enable the new administration to hit the ground running.

While this list may appear long, the good news is that these recommendations can not only be easily acted upon utilizing existing legislative authority, but little cost would be involved. Not one recommendation involves a major new initiative. Taken together, they would have the added benefit of reinvigorating domestic standards development, thereby supporting renewed innovation, and helping close the competitive gap between the United States and the more standards-aware governments of (for example) Europe.

More to the point, the new administration will have little choice but to address the standards-related dependencies of its aggressive and commendable policies. Whether it does so by following the recommendations laid out below, or by pursuing some other course of action, it will need to move swiftly. Otherwise, for the want of so simple a tool as a standards strategy, the achievement of its ambitious and high-minded policy goals may ultimately lie just beyond its grasp.