Nova aired an excellent program last night called Building on Ground Zero, and has what may be a long-term page set up here, with a variety of stories, slideshows and interviews on the same topic. The show was memorable for many reasons, one of which was its focus on both the importance as well as the economic calculus of standards. Another was the degree to which the US is lagging in the upgrading of crucial standards identified in the wake of the 9/11 catastrophe, although a number of Asian nations have apparently taken to heart the lessons learned five years ago today. 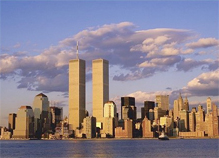 It's rare that standards are featured so prominently in a documentary, and even more unusual for them to be dealt with so clearly and intelligently. The WGBH team behind the Nova program derived much of its data from the detailed investigation performed by the National Institute of Science and Technology (NIST) and the final recommendations of that agency. The 30 detailed recommendations offered by NIST cover a broad range of topics, including upgrading of materials, reexamining existing safety margins, improving communications, providing for more effective evacuation capabilities, and much more. Nova reports that implementing all of the engineering-related recommendations, if I recall correctly, would add a total of about 5% to total building costs.

Tellingly, the experts interviewed on the program conclude that the Twin Towers were not only adequately designed, but indeed had been engineered with a degree of ingenuity that permitted them to withstand the infernos set within them quite well before the towers ultimately collapsed. What failed, therefore, was not the design — but many of the standards to which the design was built.

Many of these standards involved matters as simple as the width of emergency stairways (44 inches), which may have been adequate decades ago at a time of narrower Americans, but which on 9/11 led to far fewer people walking side by side than might have been the case had the stairs simply been required to be wider. And had communications standards allowed more effective communications, more fireman would have known after the first tower collapsed to turn and head downwards with the flow, rather than continue upwards to their deaths against it, thereby also slowing the escape of those inside after it became clear that the second tower was doomed as well.

Other standards that could be changed and immediately accommodated without the development of new processes or materials relate to fireproofing materials. Current standards still allow the type of spray-on foam that is presumed to have been extensively dislodged by the impact of the jets that struck the towers. Nova reports that there are existing processes and materials that adhere far more tenaciously, but which are more expensive. Will they be required in the future? Should they be?

That last question may seem surprising, in light of the horrors of 9/11. But, as one engineer bluntly stated during the program “I want good value for my standards.” His point was that to engineer every building to withstand the impact of a terrorist-piloted plane would flunk a cost/benefit analysis. And clearly, he is right — the likelihood, or even the possibility — that such a plane would hit a tall building that does not stand high above those that surround it is almost nil. That being so, why spend the extra 5%?

The question, then, is partly one of assumptions. Prior to 9/11, the assumption was that sprinkler systems and other design features would contain a fire in a tall building, limiting its impact to one or at most a few floors, and that full evacuation of the building would not even be necessary as a strict matter of safety. And, as Nova reports, that assumption has been borne out by facts, with c. 53,000 people per year dying in residential fires, while only hundreds in total had ever perished in large building catastrophes prior to 9/11.

So how much should the standards change? NIST concludes that the standards applicable to all buildings should prevent the type of failure and loss of life that occurred on 9/11. Nova does not seek to answer that question, but does an honest job of presenting it, as well as reporting on those buildings that are being constructed today that are already acting on some of the same recommendations.

Clearly, of course, the matter need not be one of all or nothing. Wider and more greatly dispersed stairwells, redundant standpipes serving sprinkler systems and other design elements that would have the greatest impact and could be implemented using existing technology, as well as reexamination of the types of fire resistant materials available and their virtues deserve consideration, at least for those buildings that are demonstrably at risk.

More troubling is the fact that in five years the necessary communications standards have not been designed and deployed, despite the myriad initiatives that have been launched, and the billions of dollars of government funding available to upgrade equipment. It seems incredible that this should be the case, and there can be no question that enabling the effective communication of first responders is a matter of daily, rather than only exceptional need.

Sadly, it seems that in standards, as in so many other areas, the lessons of 9/11 have been strangely difficult to agree and act upon. One would have hoped that five years on we would have managed to make better progress, given the starkness of the wake up call.