It’s well recognized by courts and regulators in many countries that standard setting among competitors can be procompetitive and good for consumers.  As noted by the 5th Circuit Court in 1988, “it has long been recognized that the establishment and monitoring of trade standards is a legitimate and beneficial function of trade associations . . . [and] a trade association is not by its nature a ‘walking conspiracy’, its every denial of some benefit amounting to an unreasonable restraint of trade.”(1)

But regulatory sands can shift, and especially at a time when broad and dramatic changes (political and otherwise) seem to be the rule rather than the exception, it makes sense for collaborative organizations to keep vigilant, and to review their policies and procedures on a regular basis to help ensure antitrust compliance.

In my recent blog regarding Antitrust Laws and Open Collaboration, I briefly mentioned recent U.S. Department of Justice (DOJ) investigations into standards organizations.  There were two, in particular, both focusing on internal policies and the importance of avoiding rules that might potentially disadvantage consumers or competitors. In this blog entry, we’ll take a deeper look at the specific types of conduct that concerned the regulators, and how the standards organizations under examination were eventually able to address those concerns.

The National Association for College Admission Counseling (NACAC) is a leading trade association in the college admissions process industry.  Many NACAC members are non-profit colleges and universities (collectively referred to below as colleges), and any such institutions participating as NACAC members must abide by its Code of Ethics and Professional Practices (CEPP), which broadly regulate how those members conduct their admissions processes.
In 2017, NACAC amended the CEPP by (among other things) introducing three new rules (New CEPP Rules):

1.  The “Early Decision Rule,” which prohibited offering special incentives only to students applying for early decision.

2.  The “First-Year Undergraduate Recruiting Rule,” prohibiting the recruitment or offering of enrollment incentives to first-year college applicants under circumstances indicating that they might have already accepted the offer of another college.

In November of 2017, the DOJ’s Antitrust Division (Division) began an investigation into the New CEPP Rules. Following negotiations between the Division and the NACAC, the Division on December 12, 2019 simultaneously filed a complaint against NACAC and entered into a corresponding Consent Decree with NACAC.

According to the complaint, the New CEPP Rules restrained how colleges compete for the recruitment of first-year and transfer students, and therefore constituted illegal restraints on trade in violation of Section 1 of the Sherman Act.  NACAC maintained that the intent of the New CEPP Rules was to serve and protect the interests of students transitioning to college.  Nonetheless, prior to the formal court filings in connection with the case, in light of the investigation and prospect of full-blown litigation, the NACAC members voted to remove the New CEPP Rules and signed the Consent Decree.

Under the Consent Decree, NACAC was restrained, among other things, from establishing or enforcing similar rules going forward, and agreed to increase its antitrust compliance training with employees and members.

In announcing the Consent Decree, Division Assistant Attorney General Makan Delrahim (AAG Delrahim) stated that, “While trade associations and standards-setting organizations can and often do promote rules and standards that benefit the market as a whole, they cannot do so at the cost of competition.”(2)

GSM Association (GSMA) is a global trade association involved in the development of mobile technology standards. Its members include hundreds of mobile network operators, device manufacturers, equipment vendors and others, and its work includes the development of a broad range of technical specifications, including specifications for embedded subscriber identity modules (eSIMs) used in mobile phones.

In 2016, GSMA had developed its Remote SIM Provisioning Specification for embedded SIMs (RSP Specification), which allows eSIMs to download and manage mobile credentials remotely and had become the dominant standard for eSIMs in the industry.  Among other things, an important benefit of eSIM technology is that it can be used to enable consumers to remotely switch wireless providers without the need to physically replace the existing SIM card on a device.

Prompted by concerns voiced by industry stakeholders, the Division opened an investigation in late 2017, regarding whether GSMA and certain of its mobile network operator members had colluded to establish anticompetitive processes and requirements, in both the development process and in the RSP Specification itself, that could allow mobile network operators to “lock” a consumer’s mobile handset to their network, despite the use of eSIM technology.  The Division expressed concern over whether GSMA rules gave too much control over the development and final approval of the RSP Specification to mobile network operator members relative to other types of stakeholders in the wireless ecosystem.

After 2 years of investigation and suspension of development of the RSP Specification, GSMA responded by drafting a new standard-setting procedure and submitting a Review Request Letter to the Division. In that letter, GSMA described the changes and requested Division confirmation it would not bring an enforcement action against GSMA or its mobile network operator members in light of the new procedures.  Key aspects of the proposed new processes included increased opportunities for non-mobile network operator member input, and adding guardrails intended to prevent mobile network operators from using the RSP Specification to inhibit innovation in eSIM technology.

In the Division’s Business Review Letter response, it expressed serious concerns regarding past procedures and certain provisions of the RSP Specification.   In its official press release regarding GSMA, the Division noted (among other things) that “the GSMA and its mobile network operator members used an unbalanced standard-setting process, with procedures that stacked the deck in their favor, to enact an RSP Specification that included provisions designed to limit competition among networks.”  Further, it emphasized that the old GSMA procedures “resulted in certain eSIMs rules that benefitted only its incumbent mobile network operators at the risk of innovation and American consumers.”  The Business Review Letter concluded, however, that the proposed GSMA changes appeared to adequately address those concerns, and that as a result, the Division had no present intention to bring an enforcement action.

Both NACAC and GSMA are significant organizations within their respective industries, each with long, productive track records and impressive membership rosters.  However, these and other factors were insufficient to shield these collaborative organizations from antitrust scrutiny and action, especially where the regulators concluded that their policies and procedures supported or opened the door to anticompetitive results.  Additionally, although enforcement actions in the standards and trade association realm historically have been few and far between, these recent Division initiatives suggest a renewed willingness to step in when concerns are brought to its attention.  As noted by AAG Delrahim in the Division’s formal GSMA press release, “[w]hen standard-setting organizations are used in an anticompetitive manner, the division stands ready to evaluate that conduct under the antitrust laws and take whatever action is necessary to restore competition.”

(1) Consolidated Metal Products v. American Petroleum Institute (5th Cir. 1988).
(2) Ironically, colleges appear to be slow learners. In 1991, the eight Ivy League universities were charged by the Division with agreeing among themselves on how much aid to offer each common applicant in order to avoid getting into expensive scholarship bidding contests with each other – in short, price fixing. They agreed in a consent decree to end the 35 year old practice. 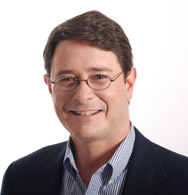 Russ Schlossbach is an attorney at Gesmer Updegrove and has represented over two hundred emerging and middle growth technology companies, standard setting consortia, trade associations, universities, and other businesses.