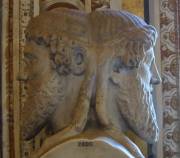 2012 has marked another memorable year in the transformation of the book publishing industry. The Federal Trade Commission forced Apple and all but one of the involved major publishers to abandon their eBook pricing. The Fifty Shades of Gray brand expanded to become (of course) a trilogy, and that franchise has now sold more paperback copies faster than any book to date – over 65 million copies in 37 countries. And the last person on earth that had not yet authored a self-published book announced the release of “My Little Ponies and Me – an inspiring tale of betrayal, forgiveness and ultimate redemption.”

Well, yes and no. True, some self-published authors have achieved splendid success – let’s say a handful of happy scriveners out of the thousands that poured their souls into those 235,000 books. So what’s it been like for the rest?

Typically, not so good – at least not for those who might have had visions of becoming full-time, self-sustaining authors, as compared to simply producing picture albums and the like for family and friends. If you want to confirm that conclusion, here’s a little test you can use that I’ve been applying over the past year to see what defines “success” in self-publishing: next time you see an author’s success blurb at a vendor or blogging site (e.g., “How I became a Number 1 Amazon Kindle author!”), go check out the Amazon page for that book. Even if it was released within the last few months, odds are you’ll see that its Kindle rank is now well below 1,000,000 – meaning that a copy hasn’t been downloaded (even if the book is free) in at least a week.

The fact of the matter is that promoting a book – and especially a self-published book – is an almost impossible task. Not only does a self-published author have to provide 100% of the time, effort and resources to push her product, but many of the traditional ways to find a following no longer exist. And contrary to what you may have heard (often from those providing paid services to would-be authors), you’re likely to run through all of the social media tools at your disposal pretty quickly, and without producing the kind of sales you may have been hoping for.

True, a few strategies do seem to work: writing a new book in the same genre every six months while spending an equal amount of time promoting your oeuvre seems to have legs. But if you have a day job, that’s pretty hard to pull off. And quitting giving up a paycheck to see if this approach can work for you is not a luxury that every aspiring author can afford to pursue.

This is not to say that self-publishing is a fool’s game. In fact, there are lots of good reasons to write a  book even if you don’t expect it to become a best seller. It’s quite realistic to expect that writing a book can credential your command of a subject, provide a promotional tool for your services even if you mostly give the book away, or even provide a modest income if you choose your non-profit topic wisely and have access to channels that can expose it effectively. And of course simply proving to yourself that you can do it, and having the satisfaction of seeing a completed work with your name on it can be, as they say “priceless.”

So what does that mean for the future of self-publishing? Will the numbers for 2012 be up as much as those of the year before? If so, will they rise, plateau, or even decline next year if a more realistic market for self-published books doesn’t evolve? And what types of changes, or new promotional and sales models, might lead to a robust and self-sustaining market for self-published authors? These are questions that interest me, and in the posts ahead, I’ll be exploring them.

If you’ve been following this series, you may recall that it began with a first post a year ago that you can find here. The context was the impending release of my own first attempt at self-publishing, a cybersecurity thriller called The Alexandria Project, a project that had earlier run in first-draft, serial form at this blog. In the 14 chapters that followed, I summarized what I learned about the self-publishing process – how the POD industry works, how to pick a POD publisher that would be mostly likely to meet your needs, how to design your book, and so on.

I discontinued that series last spring in order to devote more time to promoting my book, but also promised to come back to it when I had more to report.

Well, now is that time. After a year of engaging in the ultimate exercise of pushing a string, I’ve learned a lot, and I’ll share what I’ve learned with you. Once again, the context is that I’ll be releasing a new book, this time on self-publishing. In addition to the topics I’ve previously covered, it will provide a lot of new material: sample budgets for producing a book, how to be realistic about your sales prospects, information on which promotional techniques work and which are mostly a waste of time, and more.

This time around, I’ll try (and report on) producing my book in a different way, to see what that’s like. Instead of signing up a POD publisher to do a lot of the work and paying a substantial amount of money for their assistance, I’ll do as much of the whole work stream myself, using one of the online platforms that allow you to do almost everything for free. And I’ll also report on the differences between trying to sell a “how to” book (in a crowded field), as compared to a work of fiction (in an even more crowded field). As before, I’ll try to post a new chapter every week.

So if you’re already a self-published author, I hope you’ll consider sharing your own experiences in the comment box, as well as disagree with me if you think I’m ever off base. And if you’re thinking about taking a crack at self-publishing, I hope that you’ll find the series useful.

Meantime, of course, The Alexandria Project remains an exceptionally rewarding way to pass a few hours of your leisure time for the (laughably insignificant, really) price of $2.99. You can find it in print and eBook form at all of the usual outlets, including Amazon, Barnes & Noble and iTunes.

See you next week.