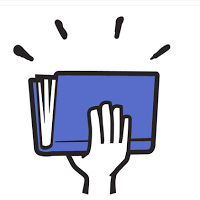 If you haven't checked in on eBook publisher Smashwords (SW) lately, you're in for a surprise. The little business that Mark Coker started five years ago is now the biggest publisher of eBooks around. And you don't have to take his word for it - a Bowker press release in October reached the same conclusion.

So how big is big? According to a year-end blog entry by Coker, big is big, not just in numbers of titles, but in year over year growth. This year, the Smashwords author count jumped from 34,000 to 58,600, and the titles in the SW catalog leaped from 92,000 to 190,600. Eye-popping numbers like that would be the envy of any venture capitalist, but Coker has pulled this off without dipping into that well at all. Amazingly enough, he's also done it with only 19 employees (up from 13 at the end of last year, and only 3 in 2010).

It’s hard not to like the SW model and Coker’s attitude, although it’s also hard not to think that he sometimes comes on too strong about the wonderful future of self-publishing, the degree to which traditional publishers are in trouble, and the splendid opportunities available to self-published authors.For example, Coker positions falling eBook prices as a plus for authors, since lower prices will presumably lead to more readers whose words of praise will lead to more readers and more sales. But that’s disingenuous for all but those authors that experience a modest breakthrough with their books to get the ball rolling.

On the other hand, dropping prices for self-published eBook authors is great for a publisher like SW, because there’s no way for traditional publishers to make enough money on $.99 – $2.99 books to bother with that end of the market at all. According to Coker, the average price of an SW title dropped from $4.25 in October of 2010 to $3.15 by March of 2012.With demand relatively fixed and supply continuing to explode (SWs alone is now publishing over 9,000 new titles every month), that sounds like a race to the bottom to me. if you look at the charts that Coker provides in a presentation to a self-publishing workshop, you’ll see how few SW authors are moving many books as it is.

To the good, this August there were four SW authors on the New York Times best seller list, and SW is reaching additional foreign markets through the expansion of its distributors’ networks (notably Apple, which now hosts iTunes stores in significantly more countries than Amazon reaches).

Be that as it may, I think that SW’s success is not only a good thing for its hard working founder, but for the emerging self-publishing marketplace as well. Here’s hoping that Coker continues to reinvest his profits in making the SW platform better and better for Indie authors.