This series highlights aspects of my experience self-publishing The Alexandria Project.   If you'd like to read the book this series is based on, you can read the first three chapters for free here. 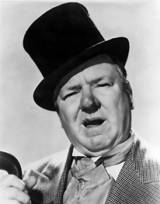 Might as well come right out and say it. This is where the going gets tough.

Up until now, everything about self-publishing has been pretty much under your control – what your book will be about, what it will look like, and how you’ll get it to market. But now, like Blanche Dubois in A Streetcar Named Desire, it’s time to learn that you can’t rely on the kindness of strangers. And that only in an Iowa imagined by Hollywood, if you build it, they will come.

So let’s talk about how you’ll go about getting those hard-hearted strangers to buy your book (or even download it for free, if that’s your choice), now that it’s up there for all to see at Amazon.

Remarkably accurate while consistently spellbinding: I ran across a reference to this book at a blog unrelated to the author, and after reading one chapter, bought the book

Great thriller: In the spirit of Vincent Flynn and Tom Clancy, this cyber-security thriller is a great read. Compelling characters, great detail and an an unsettlingly plausible scenario add up to a real page-turner.

Delightfully unpredictable!  Updegrove has managed what many attempt but few can execute: a plot that is both credible and surprising….A great read – I can’t wait for the next one!

Strong characters and compelling plot: I read a lot of novels and this is a very good one. The characters are believable and engaging and the plot is compelling with several clever twists along the way….Highly recommended

Excellent and accessible techno-thriller: Updegrove…clearly knows the subject matter inside and out, but is too self-assured and smooth a writer to hide behind that insider’s knowledge….I look forward to Updegrove’s next book with great anticipation.

Great Read:  This is a very well written, highly engaging story. The scary thing about it is that the entire plot is far too possible to come to life.

Fantastic!  The Alexandria Project is a gripping novel of intrigue and suspense. The characters may be fictional, but we all know their real-life equivalents. The storyline may be fiction – but maybe not.

A good place to start is to boil this down to the three essential challenges you have to address:

1. Potential readers have to know your book exists.

2. They have to be interested in whatever genre (fiction) or information (non-fiction) your book has to offer.

3. They have to decide to read your book instead of one of the inevitably dozens, hundreds or even thousands of alternatives available, many of which have been written by authors they already know they like.

The first take away from this is that it’s invariably easier to find an agent, find a publisher, and find a reader for non-fiction than fiction. That’s because it’s easier to be successful in addressing challenge number 3. In other words, it’s easier to differentiate both you and your book from the competition where factual data is involved than imagination and writing style.

For instance, you may have great business, academic or life-experience credentials for the topic you’ve chosen that give credibility to your work. Or your topic may rely on information and data that has to be up to the minute to be useful. So if your book has simply been researched and written more recently than the alternatives, you’ll have an edge. And since it’s the data and analysis that people are interested in, your skills as a new writer will be important, but not crucial.  That’s quite a contrast to fiction, where the reading experience is what it’s all about.

Because agents and publishers obviously know this, it’s much easier to pitch non-fiction than fiction to them. It’s also why they’ll sign up a non-fiction book based on an outline of the first few chapters, and often even provide an advance. With fiction they’ll want to read the whole book, in final form, before they’ll sign up a new author (assuming that they’re willing to work with new fiction authors at all). They won’t expect to sell as many books in non-fiction categories, but they’ll figure that their chances of getting back their costs and making some profit besides will be orders of magnitude higher than rolling the dice on a new fiction writer.

There’s a second factor at work here as well: a publisher’s or agent’s analysis of your book’s chances to sell can be more empirical, whether your book is intended to be a college textbook, or a tell-all biography of the latest person to become famous for being famous.  In each case, they can get a handle on the market size, the competition and how to sell to that market.  In fact, these days many of them will expect you to have already done that analysis, and include it with your outline.

The objectivity inherent in the third challenge is good for non-fiction writers, too.  The smart ones think about it before they start writing, so that they can aim at big, accessible targets rather than ones that are small and difficult to reach.   And when they’re done, it’s easy for them to simply describe what the reader will learn from their book, and why they, as the author, are qualified to tell readers what they want to know.   Not so for the poor fiction writer, who must try to capture her plot, her fantastic skills as a writer (and her potential readers), all in a couple of paragraphs on the jacket of a book.

We’ll come back to this challenge next time around, so let’s go back to the first, and much harder, challenges that you’ll have to deal with first. But we’re still not going to go all the way back to challenge number one. The rather obvious reason is that there’s no point wasting your time trying to reach people who won’t be interested in reading your book. So first you’ll want to figure out which ones are worth reaching out to at all, and where they hang out.

Think of it this way: if you wanted to sell something to gardeners, you’d pay less, and reach more potentially interested customers, if you bought an ad in a gardening magazine than in the New York Times. And you’d also be better off spending your time in a booth at a garden show than at a Renaissance Faire. It’s the same with books, and why wouldn’t it be?

And thank goodness it is, because there are over six billion people out there, and if the only way to sell your book was to spam them all, it wouldn’t be worth trying. The moral, then, is that you want to define your target audience, and then figure out the most efficient, effective and inexpensive way to reach it.

What the second challenge is all about then is figuring who the people are that are most likely to want to read your book, and how to reach them. Whether you’ve written a work of fiction or non-fiction, many of your potential readers are likely to write or read blogs and take part in discussion groups on any of a number of forms of social media that focus on your particular topic or genre. Not surprisingly, the first piece of advice every pundit gives a new author is therefore to write a blog of her own, through which they can build an audience, and then sell to it. Like a lot of such advice though, it’s not always reliable (so you tell me: why haven’t I been able to get you to buy my book yet, even if you’ve been reading the sequel every week?)

As I’ve found, just reaching readers that should have in interest in your book isn’t going to be enough. You’ve still got to figure out how to “sell” them. So how are you going to go about doing that?

Like so many things in the virtual world, the best indicators for what is likely to work can often be found in what used to work before this thing we call the Internet leapt into existence. In this case, the most effective tool was something called the “book review.”

And what a great marketing idea a book review was. Someone gets a reputation for being good at describing, evaluating and recommending books. Readers begin to trust the reviewer, and take the time to read her reviews. When they find that she gives good advice, they become more likely to take that advice, and buy the new books she recommends. The classic virtuous cycle sets in.

It wasn’t so long ago that every newspaper, many magazines, and even local radio shows all featured book reviews. Radio hosts also interviewed authors as a regular part of their programming cycle.  Now, of course, there are fewer newspapers, all with dramatically reduced staff, and many magazines have fallen by the wayside. And local programming for all but the largest radio stations has become a rarity.

Of course, there are Web sites now that review books, but as in so many other areas of the Web, it’s still pretty chaotic, unconsolidated terrain out there. None of these sites have very large audiences, and most err on the side of reviewing too many books too poorly, so the virtuous cycle has yet to set in. Other mechanisms, like Amazon reviews and “like” buttons are everywhere, but their credibility can be low.  Recommendations from people you actually know, however, have been, are, and always will be an important way to spread the word about books, and even persuade people to buy them.

That, at last, takes us back to the first challenge, because viral marketing is one of the things that the Internet lends itself well to, and the Internet is the tool that is most accessible to a new author.  So that’s where we’ll begin in the second part of this overview of how to promote your book.

See you next Friday.

Read the next chapter of Adventures in Self-Publishing here

Read the first chapter of this series here