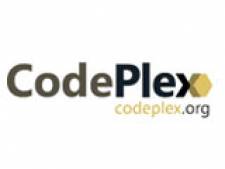 As you may recall, Microsoft announced back on September 10 that it had launched a new foundation "as a forum in which open source communities and the software development community can come together with the shared goal of increasing participation in open source community projects."  It called it's new non-profit organization the CodePlex Foundation, echoing the name of a commercial site, called CodePlex.com, that it had earlier set up to host open source development projects.

Microsoft launched the CodePlex Foundation with bylaws and other governance documents with which I had some issues, and about which I posted some recommendations.  But it also publicly stated that these documents, and the initial boards of directors and advisors, were only temporary.  Within 100 days, the statements posted at the site pledged, a new Board would be announced.  Nominations for the Boards of Directors and Advisors were welcomed, as well as recommendations on changes to the governance documents.

But December 19 - the 100 day mark - passed quietly, with no announcement of a new Board or a status update on the other goals.  So what's up with the CodePlex Foundation, and its pledge to promptly transition into a more independent organization?

One clue may be that the search for a permanent Executive Director, to replace interim President Sam Ramji, apparently isn’t moving quickly.  Presumably, Microsoft must have expected that it would be able to fill the slot informally, because it was not until December 9 – ten days before the self-imposed 100 day deadline was about to run out – that an announcement appeared at the CodePlex site that began as follows:

Moving to meet its 100 day goals, the CodePlex Foundation today announced that it has launched a search for a permanent, full-time Executive Director and Technical Director.

Another clue is that the Foundation has announced more progress on the technical front than the structural front, and may therefore have been spending more time focusing on getting the technical side of the program launched than meeting its promises to open up the organization.  On October 21, the Foundation announced its Project Acceptance and Operation Guidelines, and on November 18,  its first "Gallery" (a project area), supporting Microsoft’s ASP.NET, and its first project (supporting ASP.NET Ajax libraries).  Microsoft announced that it had contributed a second project, Orchard, to the ASP.NET Gallery on December 9.

Still, it’s a bit of a dissapointment on the Board front, because bringing on a more representative Board of Directors was a key promise, and 100 days should have been ample to accomplish that task.  And getting that more representative Board in place promptly was important, because of the decisions it would make.  Quoting from text posted on the initial Web site about the future of the Foundaiton:

Our Board of Directors is an interim board. While we’ve worked hard to see that the board has a community voice as well as a partner voice, we think one of the board’s primary missions is to act as a search committee to find a permanent board of directors that brings representation from software companies and open source communities such that all parties feel confident the board can fairly represent their views.

Unfortunately,  the CodePlex Foundation site continues to be more gnomic than informative, with only minimal additional content posted since the original launch of the site.  The good news is that what I have been hearing from those involved with the Foundation has been largely encouraging.  In fact, it had been my understanding that the Interim Board expected to meet its 100 day deadline of having a new Board in place.

So what happened?  Did it miss its deadline?  Or did it meet its deadline, but decided not to announce the new Board immediately?  I guess we’ll just have to wait and see.