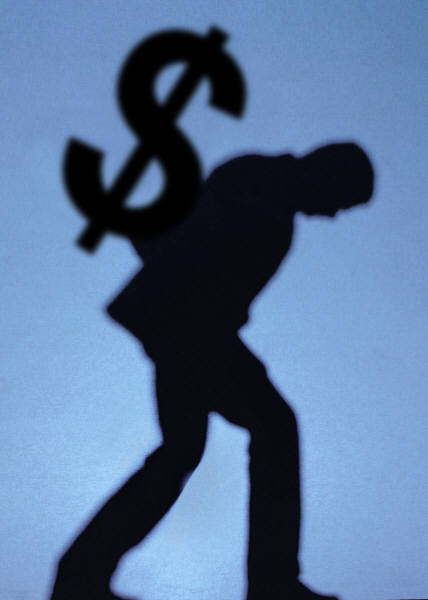 Here in New England, where I practice law and have been representing startups for thirty years, we have a mixed blessing.  On the plus side, we have great universities, like MIT and Harvard, with professors and students that come up with great inventions that new companies can be formed to commercialize.  We also have lots of folks that have done it before, that can act as mentors and role models.  Those same successful entrepreneurs start more companies, and also act as angel investors for first timers.  It's not quite as vibrant as Silicon Valley, but we always come in second on all meaningful measures - numbers of new companies formed and funded, and so on.

On the negative side, we've got a lot of venture capital firms that call the Route 128 area home.  If that sounds like a strange statement to make, you might want to read my most recent column for Mass High Tech, which tells you why you might be better off launching a new startup in Omaha, Nebraska than in Cambridge, Mass.

The Mass High Tech story can be found here.

Local entrepreneurs are prone to a sort of regional myopia when it comes to funding.  Because so many obtain venture capital, it’s easy to conclude that VC funding is essential to success.  With VCs hunkering down to nurse their existing portfolios through whatever 2009 will bring, it’s worth remembering that most startups are lucky enough to never receive a dollar of VC funding.

It’s like this: If you’ve got an idea that requires millions of dollars to commercialize, venture capital is likely the only way to get you there.  But the money comes with a number of catches.  One is the expectation that you’ll step aside if you’re not succeeding.  Another is that when your company is sold, the investors will get their money back – and often much more – before you receive a cent.  Worst of all, because VC investors want to hit a home run, in normal times they expect you to spend every round as if it won’t be your last.  But if your product doesn’t sell well enough, it just may be.  When that happens, there’s usually no choice but to sell the company at a loss, or simply shut the doors.

This sort of model works well for VCs, because each invests in dozens of companies, with the home runs making up for the wash outs.  But an entrepreneur’s portfolio includes only one company – and odds that are stacked against her.

In contrast, a founder that bootstraps, perhaps assisted by funding from family and friends, can be consistently more conservative, placing the highest priority on survival.  Because an entrepreneur often consults to help pay the bills (frequently building the first product on contract), she also stays close to the customer.  Not so the VC backed team that disappears into “stealth mode” throughout a lengthy R&D phase, becoming increasingly convinced that if they build it, the customer will come.

VC-eligible business plans pose their own problems, because VC funds today are typically hundreds of millions of dollars in size.  When you slice that much money into 25 investments, and then crank in a double-digit rate of return, here’s what happens: most funds must pour their money into those few areas – biotechnology, bio-fuels, solar energy – that can theoretically produce home run-scale exits.  Not so the bootstrap business plan, which can address an opportunity of any size, and therefore of any type, usually with far less well-funded competition.  And at the end of the day, the bootstrap entrepreneur can sell her company for as little as five or ten million dollars and still produce handsome returns.

Over the last twenty-odd years, my firm has represented close to 2,000 startups.  When I check the score card, I see two things:  the first is a lot of clients that have made millions – sometimes many millions.  The second is that the vast majority of the winners are those that bootstrapped.  By selecting a project they could manage on their own resources and staying close to their potential customers, these clients took on less risk than those that took the VC route, and usually stayed in control until their companies were sold as well.

With so much turmoil today, the good news is that there are more areas of opportunity for new products and services than ever.  The even better news is that most of these opportunities won’t attract venture capital.

What a great time to start a bootstrap company.

Andrew Updegrove is a partner at Boston law firm Gesmer Updegrove LLP, and has been representing startups since 1979.  He be reached at andrew.updegrove@gesmer.com