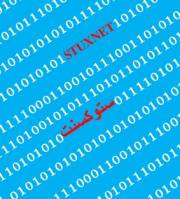 Ever since the Stuxnet worm was first discovered in the wild by cybersecurity experts, the world has wondered who had developed the worm, and why.  Once it became known the primary target of the worm was Iran’s Natanz nuclear enrichment facility, suspicion immediately formed around Israeli and/or U.S. involvement.

Now, a stunning article in this morning’s New York Times recounts in surprising detail the origins of the cyber weaponry development and deployment program – code named Olympic Games – launched under President George W. Bush, and continued under the administration of Barack Obama.  The article is based on a book to be published by Crowne on Tuesday, titled Confront and Conceal: Obama’s Secret Wars and Surprising Use of American Power,” to be published by Crown on Tuesday.

For those that have followed the Stuxnet saga over the years, the article will answer some of the most intriguing questions that have arisen, including the following:

Here is one new question that immediately springs to my mind: how did this story escape, and why?  Does this represent a major failure of the up till now very effective Obama administration’s internal security system, or was this a calculated leak, perhaps to bolster the President’s defense reputation prior to the upcoming election?
As I have previously written on many occasions (and as recently as yesterday), the article reflects how important that question is.  Once the U.S. admits to launching cyber attacks against foreign governments, it cannot claim that it is not consistent with the rules of warfare for foreign governments to respond in kind.

This could be disastrous for the U.S., because there is no country on earth with greater public and private sector dependence on networked computer systems, and therefore greater exposure to cyber attack, than the U.S. And while the U.S. has overwhelming superiority in vastly expensive physical warfare forces in technology, cyber weaponry development requires only brilliant engineers.  And there are many countries – including this nation’s most motivated enemies, that have such talent in more than adequate supply.