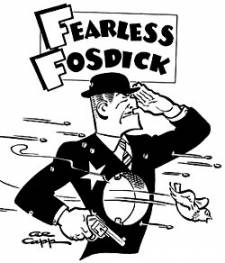 To Frank’s disgust, it was love at first sight for Lilly when Carl Cummings arrived to collect Frank’s passport.  But Frank’s distaste turned to glee when he realized that the CIA agent hated dogs.  Frank stepped back to better appreciate Carl’s futile efforts to fend off the obese corgi’s surprisingly energetic advances.

Predictably, Mrs. Foomjoy  popped just then like a jack-in-the-box out of her door across the hall.  Frank thought she looked magnificent in her full regalia of housedress, fuzzy slippers and curlers, as she fiercely admonished Cummings for his lack of appreciation for canine perfection.  With an effort, she pushed past him and snatched Lily up, lighting into the startled Cummings with a vengeance all the while.  And then, as suddenly as she had appeared, Frank’s apparition of a neighbor disappeared with Lilly behind her energetically slammed door.

The agent turned to Frank, a helpless look on his face.  But Frank simply smiled and tucked his passport in the agent’s pocket.  “Sorry for my bad manners, Carl.  Next time I’ll introduce you.”   He closed the door gently in the bewildered agent’s face.

Frank chuckled as he walked back up his apartment hallway.  Once he had reached his decision to fight back a few hours ago, his spirits had begun to improve.  His mental wheels had been spinning rapidly ever since, planning out his next steps. 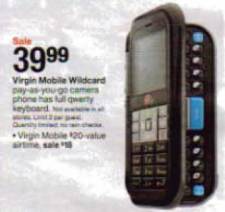 He took the first one on his way home, stopping at a convenience store to buy a six-pack of Heineken, two cans of soup, a quart of orange juice – and two disposable cell phones, each with $100 of prepaid time.  While hardly complete, his plans were already beginning to take shape.

With the CIA Agent’s visit now past, Frank could return to those plans.  But as he pulled a beer from the refrigerator, he heard his doorbell ring and a key rattle in the lock of his apartment door.  Moments later, Marla arrived breathlessly in the kitchen.  Still wearing her coat, she threw herself down in a chair by the table.

“Tell me that Carl Cummings wasn’t here to visit you?” Marla demanded.  “It’s just a coincidence he was walking out of this building, right?”

Frank was both amused and shocked.  “You know the twerp?”

“Picking up my passport, as it happens.  Today I learned from CIA Agent Carl Cummings that I’ve become Public Enemy Number One, and he made it clear that he’d be keeping a closer eye on me.” 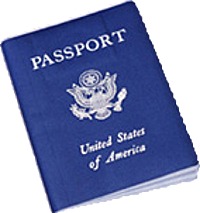 “Well, it seems like the feds are still very much in the profile business, and the profile they’ve come up with fits me like a glove.”

“That’s crazy.  You’re the last person on earth capable of pulling something like this off.”  Marla stopped abruptly when she realized what she had just said.  Then she continued, “And even if they thought you were responsible, what can they do without anything to actually tie you to the security breaches?”

“Well, for starters they can take my passport – that’s what Carl stopped by for.  I probably should have made him get a court order first, but it seemed smarter to not make a fuss and just give it up.  And speaking of court orders, he could also get a friendly judge to approve a wiretap on my phone, and to place a microphone in my kitchen, for that matter.  Want to take a walk?”

Marla began to object, and then got the point.  “Sure.  It’s a lovely evening for a walk, isn’t it?”

Neither of them spoke as Frank locked his apartment door.  A few moments later they were walking up 16th Street towards the Starbucks on the corner.

“Dad, do you actually think this is serious?”

“I don’t rightly know, kid.  On the one hand, there’s nothing I’m aware of to link me to what’s going on.  But on the other hand, George’s cover story isn’t going to stand up if any more files disappear.  Worse yet, next week George will be testifying – under oath – in front of Congressman Steele’s subcommittee.  What happens if George gets asked the wrong question, and has to admit that the Library of Congress is being hacked right now, and they have no idea by whom?”

“Well, what does happen?  And whatever happens, why does that become your problem?”

“Because the CIA doesn’t like looking like a bunch of donkeys.  They’ll need a fall guy, and I’m the most conveniently located candidate for the job.  And they can get all the breathing room they need simply by providing a reporter with a juicy tip from, “a source who requested anonymity because he was not authorized to speak.”

“Dad, that’s ridiculous!  What kind of person would do something like that?” 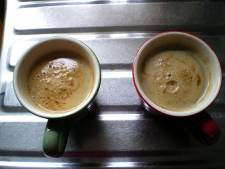 Frank opened the coffee shop door and held it for his daughter.  “So what’s your opinion of Carl Cummings?”

Marla’s mouth opened and shut twice.  Then she walked past Frank, and kept on walking until she reached the last table in the back of the Starbucks.

Frank bought a couple of cappuccinos and sat down across the table from his daughter.

Marla held her cup in both hands, and paused before she spoke.

“Carl Cummings is a jerk.”

Frank looked at the ceiling.  “You know, that’s not the most insightful opinion you’ve ever shared with me.  As a matter of fact, I’d already reached more or less the same conclusion through my own fine-tuned powers of observation.”

Marla frowned but said nothing.

“So let me try again.  How did you come to know Fearless Fosdick?”

Marla put down her coffee.  “Well, it’s like this.  My freshman year at George Washington I took a big lecture course with a couple hundred students in it, and Carl was the grad school teaching assistant assigned to my discussion section.  I was stuck with the cretin for a whole semester.” 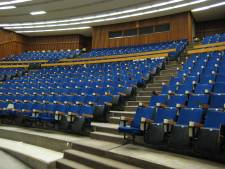 “OK, so a semester with a cretin for two hours a week may be annoying, but it’s bearable.  As I recall, you decided your first roommate was a cretin, too, and now you’re the best of friends.  So why such a negative reaction?”

Marla squirmed and then gave up.  “Alright, so maybe I went out with Carl a few times.”

Frank suppressed a smile with difficulty.  “With…Carl.  OK.  So if he’s such a cretin, and you only went out with him a few times, how come you weren’t surprised to learn he’s now a CIA agent?”

His daughter gave him a pitying glance.  “Dad, everyone – well, everyone who doesn’t already have a foot in the grave – has a Facebook page.”

Suddenly, Marla wanted to talk.  “It was really low rent of him.  Professors and teachers aren’t supposed to date students – there’s a policy against it.  You know I didn’t date much in high school, and he is, like, pretty good looking.  And he knew how to dress.  All the girls in my section thought he was, like, totally hot.”

Marla ignored him.  “So when he took an interest in me, I was flattered.  Soon, we started going out pretty heavy.”

Frank decided that he was rapidly reaching a Too Much Information moment as a father, and cut in, “I’m assuming it didn’t end well.”

Frank winced.  Neither of them said anything for a minute. 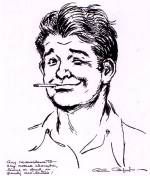 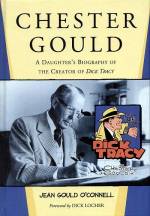 Frank fired up his BlackBerry, glad for the change of topic.  “Fosdick was the creation of Al Capp, a brilliant cartoonist with a strip called Li’L Abner that ran for 43 years, beginning in 1934.  It was filled with hilarious characters with outrageous names like Moonbeam McSwine, Senator Jack S. Phogbound, and Appassionata Von Climax.  The strip was still running when I was a kid, and I loved it.

“Capp lampooned everyone, and everything.  And one of the things he lampooned was another strip called Dick Tracy, a drama strip that ran for almost exactly the same time period under its original author, Chester Gould, as Li’l Abner (somebody else does it now – badly).  Tracy was always pursuing bizarre evildoers with names like Flattop Jones, Pruneface and The Mole, each with a face to match.

“Gould’s Tracy was supposed to be the all-American straight-shooter type (literally) – tough, smart, and invincible.  Capp’s Fosdick, of course, was the complete opposite.  He was a comic strip character in a strip within a strip, and he was Li’l Abner’s “Ideel.”  Li’l Abner would rush to the post box every day to read his latest exploits.   Here – read this from the Wikipedia – it’s how Capp described his own character:

Fearless is without doubt the world’s most idiotic detective. He shoots people for their own good, is pure beyond imagining, and is fanatically loyal to a police department which exploits, starves and periodically fires him. 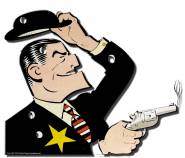 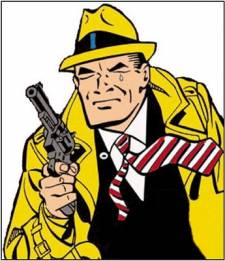 “My God!  Take away the moustache, and that’s him!”  Marla shrieked.  Serous looking people with laptops looked up in annoyance.

Frank waited for Marla to regain her composure, and then continued more seriously.

“So now you know what I’m concerned about.  It looks like your buddy Fearless may get a lot of heat from upstairs if he doesn’t produce results.  And if he can’t produce results, well, maybe a little diversion might be the next best thing.”

Marla had sobered up instantly, once her father had returned to the business at hand.  “So what are you going to do, Dad?”

Frank tried to speak more gently now.  “Marla, if things get too tense, I may decide I need to go away for awhile.  If that happens, you won’t be able to call me on my cell phone, or email me, either.  We’d have to assume that you’re the first person they’d tap in an effort to trace me back through you.  Can you deal with that?”

Marla looked at him with concern, trying to decide how seriously to take what he was saying.  She weighed whether or not to try to  argue him out of doing something that she thought could backfire badly.

“I know.  But I think the best way I can clear myself is by finding whoever is behind what’s going on.  There’s a lot I can do if nobody’s tracking me that I can’t do if I’m under surveillance – sites I’d need to visit and people I’d need to be in touch with that would make me look even more suspicious.  And I don’t have any confidence that the CIA is going to catch these guys on its own.” 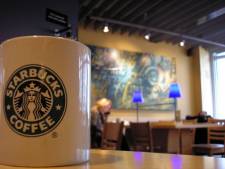 Marla looked down at her cup of coffee.  She realized it was untouched, and now stone cold.

Frank wasn’t quite sure what to say, so he gave Marla’s hand a squeeze, and said “Let’s go.”

Neither of them spoke as they left the Starbucks and walked back to Frank’s apartment.  Marla waited until they were at Frank’s apartment building door before she asked, “Dad, if you have to go, won’t there be any way we can keep in touch?”

Frank smiled.  “Yes, I think so, kid.  But you’ll just have to wait for a little bird to tell you how.”