Our story so far:  Security expert Frank Adversego comes under suspicion when the Library of Congress is hacked by a mysterious cracker with motives unknown and a taste for the bizarre; to protect himself, Frank had better get to the bottom of things (the first chapter is here). Better yet, why not buy the extensively rewritten final version in eBook (for just $2.99) and print versions at all the usual outlets (find the links here).

Back in his cube again, Frank powered up his computer and reflected on what he’d just learned, which was both not much and a lot.   Not much, in that he still had no idea who was behind the attack, or what he was trying to accomplish.  But a lot because the only people targeted besides himself were George and Rick, and because only the files in one directory had been affected.  That meant that what had hit the Library of Congress was no virus unleashed against Web sites generally, bent on spreading random mayhem.  Instead, it was obviously an attack targeted just at the LOC.  And once it had made its way through the LOC firewall, the attack had  been manually controlled rather than automated.

It also appeared that whoever was behind the exploit knew exactly what he was looking for, and had figured out where to find it.  That suggested the cracker had managed to acquire some degree of inside knowledge, or at least that he had been willing and able to spend a lot of time roaming around inside the firewall figuring out what might be of interest to him.  Frank hoped it was the latter, since the former meant that an employee was either directly behind the attack, or had leaked information to whoever was. 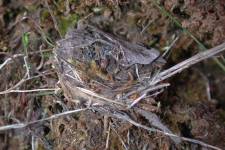 But it was bad enough if the mysterious visitor had acted without inside help, since Frank still didn’t yet know how he had gotten in.  That almost didn’t matter now, since the attacker by now would have created a trapdoor through which he could come and go as he pleased.  Maybe as early as tonight he’d open the hatch again and start creeping through the servers again.  So there must be two vulnerabilities to track down and close, rather than only one.

All that was pretty standard stuff.  The really weird bit revolved around the bizarre screen that he and George, and now obviously Rick, had seen when they looked for their security project files.  Why exactly did the intruder want his victims to know they’d been had, and what the hell was the name “Alexandria Project” all about?  Did it refer to Alexandria Virginia?  No reason to think so; there must be tens, if not hundreds, of cities and towns with that name.  And anyway, why was the message in Greek?

Frank idly typed “Alexandria Project” into Google to see what would pop up.  50,100 hits.  Hmm.  It looked like he might need to narrow his search a bit, didn’t it? 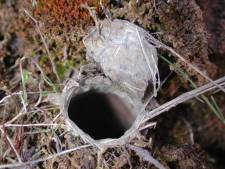 But Frank noticed that most of hits on the screen page referred to projects that involved data, and that all of the founders of these projects had decided to use the same historical metaphor to identify their activity.  Well, Duh! Frank thought.  Even he had heard of the library of Alexandria, and knew that it was supposed to have been the greatest repository of knowledge in the ancient world.  That seemed promising.  After all, the LOC was the largest collection of printed matter in the modern world.

Then he frowned.  The only other fact he knew (or thought he knew, anyway) about the Library of Alexandria was that it had been destroyed by fire.  Okay, so that seemed to lock it down – the name on the screen he’d seen, the flames…but what about the Greek letters?  Why not hieroglyphics, if he was right in remembering that Alexandria was in Egypt?

Frank moved to the Wikipedia, and typed in “Library of Alexandria.”  The summary didn’t help:

The Royal Library of Alexandria, or Ancient Library of Alexandria, in Alexandria, Egypt, was probably the largest, and certainly the most famous, of the libraries of the ancient world. It flourished under the patronage of the Ptolemaic dynasty, and functioned as a major center of scholarship, at least until the time of Rome’s conquest of Egypt, and probably for many centuries thereafter.

Generally thought to have been founded at the beginning of the third century BC, the library was conceived and opened either during the reign of Ptolemy I Soter or during the reign of his son Ptolemy II.  Plutarch (AD 46–120) wrote that during his visit to Alexandria in 48 BC, Julias Caesar might have accidentally burned the library when he set fire to his own ships to frustrate Achillas’ attempt to limit his ability to communicate by sea…..

Hmm.  OK, so he could understand if the intruder had used Latin instead of hieroglyphics, but he still didn’t get Greek.  Frank tried “Alexandria” next, and there he found what he was looking for:

Okay, so that answered the language question.  Frank didn’t know much ancient history, but he did know that Alexander the Great was Greek.  The Alexandria entry also confirmed that the tall building on the screen probably was a lighthouse, as Frank had suspected.  Now he was getting somewhere – assuming that he wasn’t being led down the garden path just the way the intruder intended.

As he read on, Frank learned that the king that had founded the library wasn’t just another Egyptian pharaoh, but the founder of the first Greek lineage of monarchs after Alexander’s conquest of Egypt.  Ptolemy was one of Alexander’s most trusted generals, it seemed.  When Alexander died, Frank read, it hadn’t taken long for the generals to start fighting over the late conqueror’s empire.  Ptolemy had been content to vie for less than the entire known world, and lucky enough to secure Egypt as his own.  Unlike some of the other generals, he also lived long enough –  another forty years – to consolidate his position, and pass his new kingdom on to his descendants, who ruled until Rome eventually took over the neighborhood.

Frank mused.  Well, he could now be pretty sure that it was the Library of Alexandria that was being alluded to on the contribution screen.  But how best to make use of that knowledge?  Were the clues meant to lead him on, or astray?  If it was the latter, he hoped that the intruder might have been too clever by half.  After all, they still told him something about how his cracker’s mind worked, what kinds of things he knew and maybe interested him.  Maybe more, if Frank set his mind to it.

I guess it’s not for nothing, you’re the boss, Frank thought appreciatively.  Tom West would be proud.