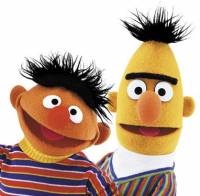 It was 8:00 AM and CIA agent Carl Cummings was already having a bad day.
With Frank on the run, Carl had just two responsibilities: protecting Frank’s daughter Marla without her knowledge, which was a pretty ho-hum job, and protecting Frank, which at the moment was impossible. But the tasks were still connected, since he figured his best shot at finding Frank was by intercepting a message between father and daughter. The problem was, Carl had once had a fling with the daughter that didn’t end well, and he knew she despised him. Needless to say, he couldn’t tail her personally.
So it was that Carl was sitting at home, instant messaging his detailer back at headquarters in Langley.
…Who can you give me today?
Bert Tyro
…Oh come on, can’t you do better than that?
You want to track a student, right?
…Right
On campus, right? So who do you want, Uncle Jack?
…OK, OK. Who else you got?
Ernie Cazou
…Cazou! I don’t want the target to trip over the tail while he’s tying his shoelaces. I’ll settle for Bert.
Sorry; just gave Bert to Phil. Ernie’s yours till 8:00 AM tomorrow. Out.
Carl sat and fumed. Then he angrily tapped out his orders to Ernie Cazou, sending him Marla’s address and instructing him to report anything unusual. Then he turned to the problem of tracing Frank.
Getting a tap approved on Marla’s phone hadn’t been too hard, given that it was for protective purposes. But he couldn’t imagine that would pan out. More likely Frank would be in touch electronically, so he’d gotten a wireless tap approved as well. But how would Frank go about communicating, since obviously he would assume that Marla would be under electronic surveillance?
That was a tough one. Carl opened up his laptop, connected, and prepared to shadow Marla’s computer.
– 0000 – 0001 – 0010 – 0011 – 0100 – 0011 – 0010 – 0001 – 0000 – 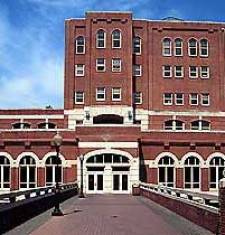 Marla put her Caffe’ Americano Grande and bagel on one of the tables along the windows in Leavey Center outside Starbuck’s, and settled into a chair, taking care to keep her back to the window.
She spread her books and iMac out on the table, and opened the Washington Post website to check the headlines. Finished with her bagel, she turned to her email checked out a few Facebook pages, and then opened up her Twitter page.
Marla’s Twitter account had become remarkably active since her father broke the news to her that he might have to skip town for awhile. Every day thereafter she had started following a few more people, and many of those people obligingly began following her as well.   Her page now displayed a bewildering and constantly updating array of messages from rock bands, political figures, personal friends, environmentalists and whomever.
From her email, she knew that someone new named bieberfan457 was following her, and sure enough, as she scrolled down today’s new additions, one of bieberfan457’s Tweets caught her eye: it read:
bieberfan457 OMG! If only!!!!! http://bit.ly/aysCAX OMG!
The OMG!s beginning and end were what Marla had been waiting for. Carefully, she scrolled to the end of the page, and then returned to the top. This time, she clicked on a few of the links embedded in messages before she once again reached the OMG post, and then clicked on the link embedded in that one as well. 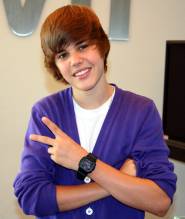 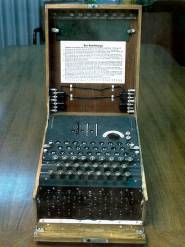 Marla leaned back in her chair and sipped her coffee. The first part of the message was easy enough. She knew from her father’s last email that he was headed to Las Vegas, so that meant the start of the message was:
Left LV
Good; that meant that the first step in his plan had gone just as he had hoped. The next word was clearly “going,” and she knew the last two letters stood for “Love, Dad.” The N in between must mean he was headed north, but what in the world was north of Las Vegas?
She resisted the urge to open a map online to find out, and took a last look at the Oprah site instead, this time noticing the word “No!” after the “PS.” She was getting the hang of this pretty well; the same word at the beginning and end of a future Tweet would identify it as the next update from her father.
Marla gathered up her things and headed off to class. While Ernie loitered in the hallway outside the restroom, she flushed the pieces of her torn up chart down the toilet.

When Marla disconnected her iMac from the Georgetown WiFi network, Carl Cummings snapped his own laptop shut and shook his head. Justin Bieber and Oprah Winfrey! My God – what could he have ever seen in that girl?  Hard to believe that a person of his sophistication had ever been attracted to her at all.