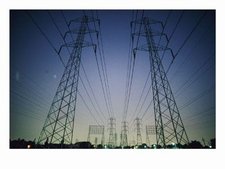 If you haven't heard the words "smart grid" before, that's likely to change soon.  That's especially so if you live in the U.S., where billions of dollars in incentive spending is pouring into making the smart grid a reality.  As you might expect, since I'm talking about it here, the smart grid will rely on standards to become real.  A whole lot of standards, in fact, and that's a problem

Those of you who are subscribers to my free standards eJournal Standards Today know that I've dedicated each of the last several issues to one of the many multi-billion dollar initiatives that the Obama Administration has launched that are heavily dependent on standards - which in many cases do not yet exist.   Each initiative is also of great complexity, and will need to rely on a level of cooperation and collaboration that does not natively exist in the marketplace.  That's certainly the case with the Smart Grid challenge, and that's what the latest issue of Standards Today is all about.

The final challenge results from the fact that in the U.S, standards are driven by industry, and not government.  That’s fine when the standards-related goal is narrow (e.g., enabling mobile devices to communicate with wireless hubs) but not so adequate when the standards you need will need to come from 20 or 30 standards organizations, and all of those standards must play nicely together.

That’s the case, for example, when you’d like to convert an entire health and insurance ecosystem to adopt a suite of scores of standards to describe electronic health records in just a few years’ time.  Today, the infrastructure simply doesn’t exist in private industry to pull it off, and in the U.S., at least, the government is on the short end of the learning when it comes to inspiring this level of collaboration (in contrast, Europe has been working on challenges like this for decades).

In prior issues, I’ve covered electronic health records and open government standards.  And in the latest issue, which went out last week, I tackled the upgrading of the national energy grid to a state of the art, 21st century grid that is intended to do far more than anyone ever dreamed of a decade ago.  I’ve pasted in the introduction to that issue below, and if you’d like to receive a free subscription to receive future issues, you can sign up here.

The first paragraph in my Editor’s Note to the last issue read as follows:

This issue marks the third and final (for now) entry in a cycle that addresses the role of technical standards in government, and vice versa, occasioned by the election of America’s new, technologically savvy president, Barack Obama.

But even as I wrote that paragraph, a nagging voice in the back of my mind was reminding me that I really wasn’t done yet. No serious effort to provide an overview of the Obama Administration’s standards-related challenges could be considered complete until I had addressed one more important topic.

That topic, of course, is the new administration’s highly ambitious, extremely expensive, and vitally important plan to upgrade the nation’s electrical system from its electro-mechanical past into the digital, intelligent future that beckons — and to extend that network intelligence into the homes and businesses of America as well. If successful in achieving this goal, President Obama will go a long way towards delivering on a trifecta of important and challenging administration promises: lowering our dependence on foreign oil and gas, creating new, sustaining and high paying manufacturing jobs in "green" industries, and significantly decreasing America’s production of green house gasses. But none of this will be possible to accomplish unless government and industry work together to compile the hundreds of standards that will be necessary to make the Smart Grid work, selecting them where they exist, developing them where they do not, and then implementing them ubiquitously.

So with renewed energy to pursue the important topic of government’s new willingness to drive ambitious standards-dependent challenges, I make amends with this issue, and provide an introduction to Smart Grid standards in a manner similar to the previous overviews of Electronic Health Record (December – January) and Open Government Standards (February – March).

My Editorial introduces the topic by highlighting one of the significant challenges realizing the benefits that the Smart Grid can deliver, one that we all share a responsibility to address. If home owners to not embrace Smart Grid technology, then the billions of dollars of public investment that rely on the installation and use of home-based Smart Grid technology to achieve their intended results may be wasted.

As before, the Feature Article attempts to provide an understandable overview of what the goals of the government’s initiative are all about, and the role that standards must play in achieving these goals. More particularly, I provide an overview of the history of government support for the creation of the Smart Grid and the legislation that has been passed to drive its development. I then review the types of standards that will be needed (and whether they currently exist), and the principal standard setting organizations that are actively engaged in the development and support of these standards.

I’m very pleased to follow with an Interview of Dr. George W. Arnold, recently appointed to act as the first National Coordinator for Smart Grid Interoperability at the National Institute of Standards and Technology (NIST), who provides his first-hand insights into where we are in meeting the Smart Grid challenge, where we need to go, and how we will get there. I have been pleased to know and work with George for some years at ANSI, where he has been very active in a variety of leadership positions, including serving as Chairman of the Board from 2003 – 2005.

The balance of the issue covers other topics that I hope you will find of current interest: my Standards Blog juxtaposes a meeting location that just about every American business travel has found him or herself in at some time with what lies not so far away, while my Consider This essay focuses on the current challenges of the print media to survive in an increasingly digital age. This issue closes with a Monday Witness Monday Witness essay that explores how those that write history can define that term to their own advantage.

As always, I hope you enjoy this issue. But whether you do or don’t, it’s always good to hear from you. You can reach me at andrew.updegrove@gesmer.com.