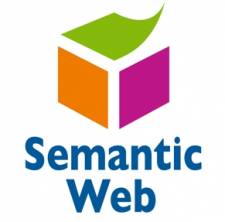 Long time readers will know that I have been reporting on the Semantic Web for many years - since June of 2005, in fact, when I dedicated an issue of my eJournal to The Future of the Web.  The long interview I included with Tim Berners-Lee remains one of the most-read articles on this site of all time.  Ever since then, I've periodically given an "attaboy" to the Semantic Web.  And guess what?  It's that time again.

Why?  Because the more the Web is capable of doing, the more we can get out of it.  And given how much we now rely on the Internet and the Web, we can't afford to allow either to be less than they are capable of being.

There are two problems, though.  In order to get more out of the Web, we have to put more into it, too.  And that takes work.  The second problem is that, unlike in the beginning, there’s now a heck of a lot of Web out there, and to make any systemic changes to the pages that already exist is a very big job indeed.

Which brings us to the Semantic Web.  Once we have it, we’ll be able to find much more of the information that we want, and our computers will do all the work.  But before our systems can go at it, the Semantic Web standards developed by the World Wide Web Consortium have to be implemented in enough Web pages to make it worthwhile.  If you’re sensing that we have a chicken and egg problem here, you’re right on target.

There is progress being made, but it’s slower and more scattered than one could hope after so many years.  What we really need is the equivalent of a "killer app" – a huge adopter or committer that would get the momentum rolling so that everyone would want to get on the bus.

As it happens, one of the biggest buses is owned by the U.S. federal government.  That’s why the latest opinion piece I wrote for MassHighTech is called Governments Can Made the Semantic Web a Reality.  And indeed, there’s quite a precedent for doing so, as I note in the opening to the article:

Some 40 years ago, the U.S. Advanced Research Projects Agency made what may be the most successful R&D investment in history. The result was the Internet, and the return on ARPA’s funding was incalculably large. After all, how can you value the transformation of everything the world does, sells and says?

You can’t. That’s why the U.S. government and governments around the world should fund the next vital step in the advancement of the Internet — the transition to a “Semantic Web.”

If you’d like to read the rest, you can find the article here.  Perhaps it’s time someone organized one of those "write your Congressperson" campaigns to see if we could get this bus out of the carbarn and out onto the ‘Net.  The Web is certainly (virtual) shovel ready, and to my mind, the internet superhighway is at least as investment worthy as your local interstate.  My guess is that spending a few of the remaining TARP dollars one kick-starting the Semantic Web would create more new jobs than any other comparable expenditure.