Or so we might hear Sarah Palin taunt a liberal. Just about every other pundit in the media, however, continues to scratch their heads in wonder, asking themselves, “Can this many people really, I mean really, be voting for Donald Trump?!?  Well, if they had taken the time to read a recently released thriller by an unknown political satirist, they’d know that the answer could be, well, maybe not.

As a matter of fact, some journalists have been reading that thriller, and I’ve been giving a string of interviews to foreign news outlets describing just how easy it would be to actually hack an American election. Here are three interviews that have already appeared (several more are still in process):

International Business Times (2/4/16): Could the U.S. Elections Really be Hacked

Excerpt: With an election campaign costing hundreds of millions of dollars to run, Updegrove feels there’s simply far too much at stake for malicious actors to not make an attempt to influence the outcome. ‘With 330 million citizens, isn’t it a bit of a stretch to assume that not one of them will decide to spend a few thousand dollars to guarantee that their candidate wins?” he questioned. “It may be a stretch to assume that it hasn’t happened already.”

The Oslo Times (1/29/16):  High Possibility of US Presidential Election Results being Rigged 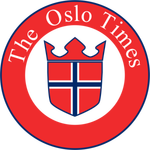 Excerpt:  After reading even just a few chapters from your book, I found myself comparing reality with the plot you created, have any of the characters been created based on Donald Trump?

No, and there’s a simple reason for that. The book is a political satire, and it’s impossible to parody someone who is already a caricature of a human being. Trump would always be more ridiculous than anything I could come up with.

Excerpt:  The Lafayette Campaign: a Tale of Deception and Elections written by Andrew Updegrove is an eye-opening novel surrounding American politics which proves Republican hopeful Donald Trump could indeed become the next president of the United States of America. The book takes a satirical approach to voter fraud and the election process while revealing to the reader things many will wish they never found out. With a combination of technical accuracy, satire and drama The Lafayette Campaign is a nonstop page-turner.

So if the real election is proving to be too scary to deal with, you might want to escape for awhile to a fictional one. Spoiler alert: In that one, there’s a happy ending.

Don’t you think it’s time you joined The Lafayette Campaign?