In principle, every author (self published or otherwise) should be in favor of diversity and competition in the book distribution marketplace. The reason? Because competition in any area of commerce fosters continuing innovation, more choices, and more price competition. Unfortunately, sometimes a competitive marketplace turns into a monopolized one. When that happens, idealism may have to take a back seat to pragmatism, and an author may have to just make the best of what she’s got.

Obviously, I’m speaking about Amazon’s extraordinary success in locking down the self-publishing market, and the Seattle giant of on-line retailing is hardly to be criticized for being so successful. Without Amazon’s innovation and efforts, the eBook market – and with it opportunities for self-published authors – would certainly have evolved far more slowly.

The benefits to authors in the short-term have been very substantial indeed: a huge and still growing market for self-published books in eBook, print and audio form; the setting of a generous, 70% royalty benchmark for authors; and easy tools permitting even modestly tech savvy authors to turn their manuscripts into salable products.

The deficits are less often spoken about or appreciated, in part because they are only just now starting to matter. Principally, they amount to this: what you’ve got now is likely to be as good as you’ll get for a long time. But things could get worse.

Why? because now that it’s captured the market, Amazon’s incentive to continue innovating has radically decreased. Its need to offer generous royalties to authors is waning, too, because that’s where most readers shop for eBooks.The obvious historical example of this phenomenon is the death of innovation in desktop productivity software after Microsoft Office came to dominate the industry. As I’ve written about before, this had profound impacts on authors as well.

None of this would impose any difficult choices for self-published authors were it not for the existence of the Kindle Direct Publishing Select program (KDP Select). In order to enroll an eBook in this program, and author must give Amazon the exclusive right to distribute that book (the author can renew or opt out after 90 days). And while the benefits of the program are actually pretty slim, they appear to be significant enough to most authors to opt in, and therefore opt out of every other electronic distribution channel, thus depriving Amazon competitors of as broad a range of products.

The result is that self-published authors are helping to make it more difficult for existing competitors to survive, or for any new company to enter the eBook marketplace. Sony, the first major seller of eBook readers and eBooks, gave up years ago. More recently, Barnes and Noble announced that it is discontinuing selling eBooks at all in the United Kingdom. Kobo marches on, but outside of Canada its share of the marketplace is extremely small.

The erosion of market share for these two companies can only get worse, since just about everyone that owns a Kobo or a Nook also owns an iPhone and/or an Android device, and Amazon has shrewdly made Kindle software available for free on these devices. Sales of dedicated eReaders have fallen dramatically as a result (although Amazon’s line of Kindle readers continues to capture the majority of these declining sales). The result is that while you can only read Nook books on Nooks and Kobo books on Kobos, you can read a book you buy at Amazon on just about every other consumer device on earth that has a screen.

The situation is made worse by the fact that neither of the two remaining distributors that has the market capacity to provide real competition to Amazon – Google (through its GooglePlay store, and Apple through its iTunes/iBook app) – is trying to do so. GooglePlay’s greatest impact on self-publishing is its status as the preferred distribution channel for eBook pirates, while Apple has made little effort to make it easy for author’s to do business with it, or to make many sales when they do.

That puts authors in the position of having to decide whether they want to maximize sales of their books in the short-term, by joining the Kindle Direct Publishing Select program, or to do their part to preserve some degree of competition in the marketplace. Of course, given the minuscule impact of the vast majority of self-published authors, a decision to “go wide,” and sell books through all of the remaining meaningful competitors will have no material affect on Amazon sales or policies at all.

Amazon obviously realizes that, as the incentive it gives to enroll in KDP Select aren’t very great. The program only offers the following benefits:

While free sale days initially worked well, most authors now seem to be finding that free sale days don’t result in increased ongoing sales (that was certainly my experience, despite over 4,000 free downloads). Since most authors have few, if any, sales in Japan, India, Brazil or Mexico, that feature is of little value.

That leaves the KU and Kindle Owners Library aspects of the program. In genre fiction, this is likely to result in income the author might not have otherwise received, since KU members may not read many books outside the program once they’ve paid to be part of it. The income per book to the author is lower than in the case of a sale, however, and only a very small percentage of all eBook readers are members of the KU program in any event.

Results have varied widely for individual authors. Some do better in the KDP Select program than outside, and others the opposite. And sometimes this changes over time, and particularly when Amazon changes the program, as it periodically does (e.g., paying out on a per-page read rather than a download basis, because of people gaming the system).

The major benefit to the KDP Select program to my mind, is the ability to get exposed to more readers. The biggest problem for authors is discovery of their books by new readers. The ways to get noticed are extremely limited, so anything that can meaningfully increase a book’s visibility is extremely valuable.

Why does Amazon offer so little of real value in exchange for the sole right to sell a book in eBook form? Normally, vendors pay a meaningful premium for for exclusivity. Obviously, because it doesn’t have to. For starters, it’s got most of the business already (reports that Amazon’s share of eBooks has declined fail to include the rapidly increasing books of self-published authors). I can’t imagine that any author (in the U.S. at least) offers her book only on Nook or Kobo, and not Amazon. Second, it takes extra time, effort (and if you use a service provider) cost to create and upload separate files for separate distributors. And every time you update your back matter or make another change, you have to do it again. Given how few sales most authors are going to make outside of Amazon anyway, why go to the extra cost and effort of going wide at all?

Why indeed? Last year, I put my second book in the KDP Select program to see what impact the free sales feature might have. The answer was not much. This January, I went wide with both of my books, and out of 382 eBooks I sold through March 31, all but 24 were through Amazon. Since most of those sales resulted from paid promotions I ran, I likely lost more “sales” than I would have made had I been in the KDP Select program, since any KU members that were on the promotional email lists would have been more likely to download my books (since they could do so for free), even though the books were already discounted to $0.99. 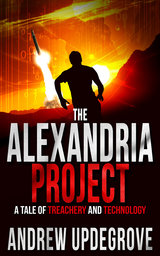 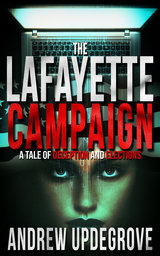 Wouldn’t you like to read a good book today?