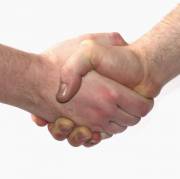 For some time now, I have been meaning to write a series of blog posts setting forth my views on best practices in forming and governing open source foundations.  Why?  Because despite the increasing reliance of just about every part of our modern world (government, finance, defense, and so on) on open source software (OSS) and Free and Open Source Software (FOSS), there has been very little written on the subject.

That means that neither a community nor a corporation has much to refer to in creating the kind of governance structure most likely to ensure that the intentions of the founders are carried out, that the rights of contributors are respected, and that the code upon which end users will rely is properly maintained into the future.

What finally moved me to get busy on this series is the announcement last week by the LibreOffice Community (reproduced at the end of this blog entry) that it hopes to raise the rather intimidating amount of 50,000 Euros in order to create a foundation under German law, even though the same goals could be achieved under the laws of other jurisdictions that require no minimum capitalization.
I expect that one reason becoming a German non-profit foundation appeals to the LibreOffice Community is familiarity. After all, LibreOffice is the lineal descendant of StarOffice, developed by the German Company StarDivision.  Many of the LibreOffice developers are German, and others are European.   Another reason may be that once formed, a German foundation must stay within it’s originally approved purpose, which provides assurance that the project will not be highjacked.  Both of these are reasonable and logical reasons.
But reasonable and logical does not automatically mean optimal.  First off, as I understand the requirements of German law for this type of entity, 50,000 Euros is the minimum capitalization that German authorities will accept before they will approve the formation of this type of entity. Once that approval is granted, LibreOffice will need to maintain the same minimum capitalization on an ongoing basis – in other words, the money will need to just sit there, although the Community will be able to spend the investment income.
That income won’t likely amount to much, though, if LibreOffice decides (as I expect it will) to invest its endowment conservatively so it won’t have to raise more money to cover losses in a down market. A 4% return, for example, would yield only 2,000 Euros a year – far less than LibreOffice will need to cover the salaries of the staff that its draft Bylaws indicate it wishes to hire.  One wonders how many donors will want to make contributions that will do little more than fund a decision to incorporate in Germany rather than somewhere else.
I’m also told by the German lawyer that I contacted that it will be expensive to set up this type of organization (his estimate was on the order of 20,000 Euros, although admittedly this was based on the cost structure of his large law firm), and that it will take some time before the foundation can be granted the approval that it has decided to seek.  Of course, it may be that someone will contribute the necessary legal services for free.
The main point, though, is that the same objectives can be achieved without confronting such a large, inefficient (and self-imposed!) challenge.  In other words, there is a real need for the type of best practices to be set down that will allow any project to set up a structure quickly, easily and cheaply that will effectively serve its short term and long term goals. Given that open source projects are more likely to be international rather than national in scope and participation, it makes little sense to restrict the choice of law to that of any particular nation.
What I will try and do in this series of articles is:
1. Point out that there are different types of F/OSS projects, with different goals and, to a degree, different participants. I will contrast the goals, funding and other characteristics of each type in order to illustrate that a “one size fits all” approach to governance makes little sense, while also noting those ways in which each type of project must be similar in order to be successful.
2. List the typical goals and constituencies of each of these project types, and the ways in which governance structures must adapt to match these differences.
3. Compare existing examples of each type of project, noting the differences in governance structures adopted among them.
4.  Summarize the types of governance structures that I believe are most appropriate for each type of project in order to secure the participation that the founders hope to attract, minimize the burdens of operation, and ensure that both the goals of the founders as well as the ongoing needs of project participants are honored and protected.
Having used the LibreOffice announcement as an example of a decision I think should be reexamined, I must also highlight the fact that I think the draft Bylaws crafted by the founders have been well and thoughtfully developed.  While there are some decisions and terms in the bylaws I would suggest revisiting, overall I think this document illustrates a very successful effort to think through the types of checks and balances needed to make a community process both successful and sustaining.
Updated, 2/25/11:  The Document Foundation succeeded in raising the 50,000 Euros in just 8 days, from over 2,000 individual donors.

LibreOffice Community starts 50,000 Euro challenge for setting-up its
foundation
German-based model provides best stability and safety for users,adopters, developers and enterprises
Race for funds open until March 21st
The Internet, February 16th, 2011 – The community around LibreOffice,the free office productivity suite, today announced its fifty-thousand Euro challenge for setting-up The Document Foundation as a legal entity. The race for funds is open until March 21st 2011, which marks thebeginning of Spring in the northern hemisphere. All users – especially enterprises – are invited to donate to the capital stock of the future foundation.
"After thorough investigation, the Steering Committee came to theconclusion that a foundation based in Germany would provide the beststability, not only for our users, but also for adopters, developers and enterprises. For achieving this stability, a capital stock of at least50,000 Euros is considered best practice in Germany," says FlorianEffenberger, Steering Committee member of The Document Foundation. "Nowthat we have our first release of LibreOffice, which has been downloadedand installed all around the world, the time has come to legallyestablish the future home for our community".
All donations will be used for setting-up The Document Foundation, and after the fifty thousand Euros has been collected for the capital stock,donations over the top of that sum will be fed directly into the future foundation’s budget to cover operating costs. Should the race for fundsnot succeed, The Document Foundation will use the donations to incorporate itself in a different country that requires less capitalstock, such as the United Kingdom.
To achieve their ambitious goal of a Foundation in Germany in just fiveweeks, the community has set-up a dedicated website with detailed information at http://challenge.documentfoundation.org The site will also give adopters, community members and corporate sponsors a voice,and will have special features rolled out at the accomplishment of eachdonation milestone.
"We have seen wide support from many organizations, and the amount of volunteer work that has been put into The Document Foundation is justamazing. Without people donating their free time, knowledge andcreativity to what will be the future home of LibreOffice, we wouldn’tbe where we are today. However, volunteer work alone can’t fund the necessary capital stock, which is why we have started a public race fordonations, especially targeting contributions from enterprises andpublic administrations adopting LibreOffice, and those interested in an independent, vital and growing ecosystem around free office productivitysoftware", Florian Effenberger adds.
Information about LibreOffice can be found at http://www.libreoffice.org
The home of The Document Foundation is at http://www.documentfoundation.org
About The Document Foundation
The Document Foundation has the mission of facilitating the evolution ofthe OOo Community into a new, open, independent, and meritocraticorganization within the next few months. An independent Foundation is a better reflection of the values of our contributors, users and supporters, and will enable a more effective, efficient and transparentcommunity. TDF will protect past investments by building on the achievements of the first decade, will encourage wide participationwithin the community, and will co-ordinate activity across the community.