Better run for cover . . . it's Election Day in the USA 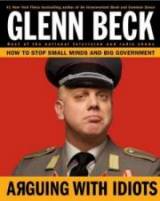 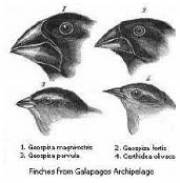 Heaven help us all (all us Americans, anyway) — it's election time again. That means we've once again descended into a morass of partisan invective, not to mention lies, damn lies, and (of course) statistics. Except that this election year it seems that everyone is behaving even worse than last time, when everyone acted even worse than the time before, when, well, do you sense a trend here?

There are obvious reasons for this tolerance: the public itself is in an ill-tempered mood, born of an ongoing, dire recession and Congress’s refusal to exhibit even a pretense of bipartisanship in response. Then there’s the fact that the cable and radio waves are not only once again full of invective from the right, but this time around the left can find over the top commentators at MSNBC as well. And stirring the whole sorry stew we have the amorphous but strident Tea Party, which in addition to showcasing their anger on the nightly news has scored victories in primaries supporting candidates whose "anything but the status quo" credibility far outweighs their credentials to govern.

With such a record , one has to wonder and worry — is this trend irreversible? Have standards for political civility sunk so low as to become meaningless?

Happily, I suggest that the answer is "no." And my logic can be found at the intersection of the standard setting process and Charles Darwin’s Galapagian finches.

Standards are formed in many ways, both structured and unstructured. At the most formal end of the spectrum, representative, consensus-based organizations called "governments" develop standards we refer to as laws and regulations. Next over are the variously representative and hierarchical bodies called religious faiths, which develop and maintain standards of conduct with names like "morality" and "ethics."

If history can be relied upon, the Glenn Becks and Keith Obermans of today will prove to be no more than a run of bad weather — a more than usually annoying political El Nino, if you will

And finally, at the populist end of the spectrum we find a much less structured consensus-based process that offers direct, rather than representative, participation at the local and national level by all of the stakeholders affected. These stakeholders, and the quotidian process in which they participate, we refer to as "society." It is therefore everyday citizens, plus the media, that organically generate those standards of behavior that regulate what a political candidate can, and can’t say on the stump without garnering negative consequences.

The fact that the social standards development process is unstructured does not mean that it is not worthy of respect. Indeed, at the convention that yielded the American Constitution, George Mason acknowledged the supremacy of what he famously referred to as "the genius of the people." As he went on to caution, that genius must be "consulted" or the efforts of politicians will be doomed to fail.

This lack of structure does impose some limitations that are atypical of more formal standards development processes, both ancient and modern. Public opinion, for example, has been historically incapable of delivering the comforting precision of either the Ten Commandments or a modern technical standard. And social standards don’t conform to the formal release cycles common to ecumenical counsels (creeds and statements of faith), legislatures (laws) and standards bodies (new versions of outstanding specifications).

Instead, standards regulating the acceptability of political civility and social conduct are in a constant state of flux. So it is that the bad behavior we are witnessing today does not arise from the release of a major new version of some non-existent ANS: Standards for Political Conduct, but from a recent morphing of the zeitgeist of the American voter.

Which brings us at last to the observations of the remarkably perceptive Mr. Darwin. Like so much else, the evolution of social standards recapitulates the evolution of the species. Social standards, like physical features, evolve in real time just as do the beaks of Darwin’s finches. In each case, the process can proceed slowly or quickly, depending on the environmental pressures applied. And, as observed by former Speaker of the House Tipp O’Neil as well as by Charles Darwin, evolution is invariably local (the great revelation for Darwin, you’ll recall, was that the shapes of the beaks borne by Galapagos finches varied from island to adjacent island).

So what might Darwin’s finches have to tell us about the future of political civility in America?

Not long ago, a talented research group returned to the Galapagos Islands to see what Darwin’s finches had been up to lately. Over the course of their long term study, they came to a remarkable conclusion: the beaks of Darwin’s finches were continuing to change at a rate measurable across the span of only a few years. When hard to open seeds became more available than softer provender, the finches’ beaks grew thicker and stronger. When soft food became more plentiful than seeds, the trend reversed. Overall, though, the birds’ beaks had remained within the range of size and shape recorded by Darwin in 1835.

That’s where the cause for optimism arises as election day nears. You see, the rapid evolution observed by the scientists was not the result of new genetic mutations that would lead to dramatic, permanent changes. Instead, they were witnessing the impact of a shift in the survivability of birds with beaks within the normal range of existing gene expression. Absent a macro change in global thermodynamics capable of favoring more profound changes born of new genetic mutations, the pendulum of beak dimensions continues to simply swing endlessly back and forth within the epicycles powered by normal climactic variation.

Absent the sort of societal disaster that can equate to a species-destroying comet impact, we can therefore expect to see the pendulum of expected political civility some day swing back, hopefully sooner rather than later. Or at least Darwin’s finches so suggest.

If history can be relied upon, the Glenn Becks and Keith Obermans of today should therefore prove to be no more than a run of civil bad weather — a more than usually annoying political El Nino, if you will. If so, then life as we know it — and the standards of political civility and conduct we are willing to tolerate — will in the end return to what we used to regard as normal.

Sign up for a Free Subscription to Standards Today Today!