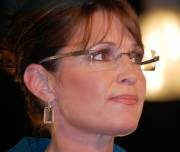 The humbling lesson is that much of our life is made up of trivial things - office supplies, flower pots, talk shows, you name it - that don't become the stuff of newspapers or novels.  It follows that if you lose the trivia, then you lose much of the texture and context that makes everyday life real and understandable, if not always exactly inspiring.  That's why archaeologists (or at least archaeologist lacking travel budgets) are wont to dig up such recent garbage - to recapture our trivia, in order to backfill our knowledge of who we were after the conscious memory has been lost.  But, as I pointed out in my earlier entry, understanding the realities of the past by counting peach pits in privies at best allows you to make guesses about a single home owner, and not about society writ large.

Up until now, digging up privies and the like was the only way to recover that sort of trivia.  Now that we have the Wikipedia, though, that’s all changed.  With its constant, moment by moment updating, the Wikipedia captures the world not only as it is, but more importantly as we understand it from moment to moment, on a real time basis.  Archive the Wikipedia on a daily basis, and you’ve got the whole enchilada for as long as the storage media lasts.  Compare an entry on day X with the same entry on day Y, and you can see not how the "facts" have changed, but how our interpretation and understanding of our own present and pasts morphs and swirls.  I suggested that this new, virtual substitute for traditional dirt-based investigation could logically be referred to as "Wikipediology."

The reason I return to the subject of this long gone blog entry today is that last week provided a splendid example of just how Wikipediology would work.  If you’re like me, the subject of trivia not unnaturally leads to thoughts of Sarah Palin, certainly the most trivial of modern politicians, which is saying alot in itself.  And last week, Sarah Palin graced us with a media moment that was truly weird, even considering the source.  (I use the term "weird" in relation to the real world, of course, because inside Planet Palin, everything that is weird where you and I live is considered normative.)

In case you were in a coma last week, here’s what happened:  Sarah Palin was unfairly trapped by one of those "gotcha!" questions that journalists so unfairly spring upon her, hoping to make her look bad by asking something that no reasonably intelligent candidate for public office should be expected to know the answer to, like what newspapers they read.  In this case, the question was, "What did you think about what you saw today?" after a visit to Paul Revere’s house and the Old North Church, and the answer was this:

Anyway, the point of the matter is that Sarah’s loyal supporters figured that if history didn’t have the common decency to reflect their fearless leader’s view of it, then history would just have to get with the program.  Helpfully, they began a concerted effort to conform the past to Sarah’s present utterance, by "correcting" the inaccurate version of Paul Revere’s Ride reflected in the Wikipedia.

Think what a field day future Wikipediologists will have with the change logs for the Sarah Palin entry a hundred years from now, starting with the presumably pretty straight-ahead entry that would have existed before she was foist upon the international stage by John McCain through to whenever she slips eventually from the public scene.  As I noted in my earlier blog entry:

…when the Wikipedia is "inaccurate" due to bias or limited understanding rather than simple error, it becomes more interesting because it is inaccurate.  Looked at from this perspective, the word "inaccurate" ceases to have any meaning, because the Wikipedia is being used to determine how we see the world, and not whether that view is "accurate" in any empirical sense.  In this light, the more accurate an entry is, the less useful and interesting it becomes.  And, of course, what those that contribute to a given entry have found to be worth including is most interesting of all.

On the other hand, pity the poor Wikipediologist that stumbles instead on last week’s change log for the Paul Revere Wikipedia entry.  What in the world will she make of that, absent any annotations to explain what the hell was going on?

So perhaps Wikipediology may not be much different from counting peach pits in privies after all.  Either way, there seems to be a lot of manure to sort through before you can start guessing at the truth.