Several months ago, I called on France to learn from America’s mistakes. I told the French that it wasn’t too late to save themselves. They still had a chance to do what we could not – to vote a xenophobic, nationalist candidate out of the race and away from the presidency (though, in their case, Donald Trump is replaced by Marine Le Pen, leader of the far right party, le Front national). I warned them of the complacency felt by so many Americans in the days before November 8, of the voice in their heads that said it was okay to stay home on election day. The voice that said your vote doesn’t matter, or that it’s okay to cast a vote to show that you’re fed up with the status quo, a vote for a candidate you never expect to win. The voice that yawns and says, ‘Well, it can’t happen here.’

Well, on Sunday, April 23, France went to the polls – and came one step closer to following in our footsteps. Its voters began the day with eleven candidates to choose from, but ended it with just two – Emmanuel Macron, the leader of the new centrist party En Marche!, and Le Pen. With Le Pen’s progression to the second and final round of the election, it seemed that my fears were justified, and that France was on track to follow America to the far right. Then, something miraculous started to happen. France began to unite against a common enemy.

Of the top three runners-up to April 23’s election, all have told their supporters that their first priority must be to prevent a Le Pen victory. Within twenty-four hours of his defeat, center-right candidate François Fillon (once deemed the most likely successor to the French presidency), came out with a declaration of support for Macron – or rather, against Le Pen. “I promise you, extremism can only bring unhappiness and division to France,” he told his disappointed supporters. “There is no other choice but to vote against the far right.”  Current President and Socialiste Francois Hollande, who had previously refused to endorse any candidate, declared, “It shouldn’t even be a subject of discussion… you [must] think of it as the ballot that keeps out the extreme right and gives France the certainly that it will stay loyal to itself.”  Hollande’s intended successor, the defeated Benoit Hamon, echoed the president’s words, appealing to his supporters, “in the strongest terms to beat the National Front by voting for Emmanuel Macron, even though he is not part of the Left.”  And Jean-Luc Mélenchon, the left-wing, environmental candidate declared that he too would be voting for Macron and was sure his voters would do the same.

Across France, ordinary citizens and institutions are rallying against the “ni-ni” (neither-nor) option of abstaining from voting. At the university of Paris Nanterre, communist students disappointed by the Left’s defeat in round one of the elections are nevertheless handing out pamphlets urging their peers to shift their allegiance to Macron. The historic Grand Mosque of Paris has urged “all French… to stay united… [against] dangerous xenophobic ideas, and for our national cohesion,” and called on “the Muslims of France to vote in mass for the candidate Emmanuel Macron.”  And, just last week, the former Mayor of Paris, Bertrand Delanoë, took to the air to remind citizens that, “Hitler was elected by popular suffrage… at this given moment we have to put France before our old resentments.”

France, it seems, is doing what we as Americans could not. In a day and age where partisanship is worse than ever, France’s left and right are coming together in support of a higher purpose. Macron’s election would not only represent a rejection of Le Pen’s deep xenophobia (she has called for extreme cuts to immigration and once compared the public worship of Muslims in France to Nazi occupation during World War II), but a defense of Europe as well.  Le Pen has long pushed for France’s withdrawal from the European Union, and, with Brexit now inevitable, her election would likely be its death knoll. As French politician after politician unites against Le Pen’s extremism, their defiance stands in stark contrast to memories of Trump’s Republican opponents falling, one by one, meekly in line with the new party platform.

So today I want to make a new plea to the French people. It is still an argument against Le Pen, and against everything she stands for. But now, it is for something as well.

This Sunday, May 7, France will go to the polls to choose its next president. But it has the chance to do so much more than that. America, once called the leader of the free world, now shouts out that it must be “America first!” France has the opportunity to lead the world by example, to stem the tide of far-right populism that is sweeping the West, to save Europe and to defend its ideals. Despite being a nation that has deeply suffered from terrorist attacks in recent years, it has the chance to prove that it can be greater than its fear, that it can resist the calls to descend into reactionary xenophobia. And in a world sharply divided by left and right, that it can rise above political pettiness and truly put France, and its ideals of Liberté, égalité et fraternité, first.

Nora Updegrove is a graduate student at Columbia University, where she studies international security policy, and an ardent Francophile. She previously lived and studied in Paris. 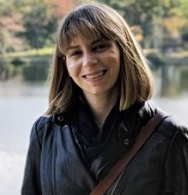