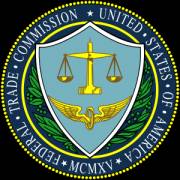 Needless to say, others in the technology marketplace, and particularly those who are currently subject to demands from PAEs, will take great interest in the responses as well.
Before the FTC can compel private sector parties to divulge such information, however, it must first comply with the rules established under another law – the Paperwork Reduction Act, which requires it to obtain approval from the Office of Management and Budget (OMB). And before doing that, it must open a sixty day comment period during which the public (such as PAEs and other entities that think they may receive one of the requests) can comment on the following topics:

For its part, the FTC estimates that the labor costs per company would range from c. $4,000 and $19,000, with non-labor costs approximating $500 per respondent.
While the FTC announcement stated that the opening of the comment period should have commenced last week, the government shutdown intervened.  When non-essential FTC operations once again resume, a notice will appear in the Federal Register, and comments will be accepted both by mail as well as on line at this address.