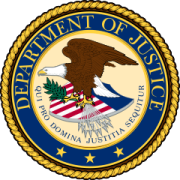 Until recently, the ITC rarely found itself in the limelight, as its purpose is to protect U.S. markets from unfair inroads by foreign commercial interests. One way it can do so is to protect the owners of U.S. patents from unauthorized foreign vendors when they seek to sell products into the U.S. that would infringe the U.S. patents. In such a case, the ITC has the poser to bar the importation of the goods until such time, if ever, as the vendor has acquired a patent license from the owner of the infringed patent claims on terms satisfactory to the owner.

If this sounds familiar, it should, because it was only last week that the U.S. Federal Trade Commission (FTC) announced that Google had agreed to enter into a Consent Decree pursuant to which Google would agree to forego recourse to SEP-enforcement injunctive relief and enter into binding arbitration at the request of any implementer of a SEP owned by Google, where Google was under a F/RAND obligation and the would-be licensee contended that the terms offered by Google were not, in fact, fair and reasonable. You can read my summary of that announcement here.

In fact, the antecedents of the current policy go back farther, most recently to concerns relating to the vagueness of FRAND obligations expressed by US and EU regulators and patent authorities last fall, and prior to that, to a request for comments and a workshop convened by the FTC (at which I spoke) the year before, during which the FTC solicited public input in relation to FRAND undertakings in order to determine whether action or guidance was needed to ensure the maintenance of healthy competition in the marketplace. And to be sure, the topic of F/RAND is a difficult and complex one (you can read a primer about it here).

Now that the relevant U.S. agencies have acted and spoken, it is likely that the next pronouncements on this topic will arise in the EU, where the European Commission has not yet announced what action, if any, it will take in connection with Google, and where (as noted above) the regulators and European Patent Office (EPO) had joined with their U.S. counterparts to request SSOs to take action to unburden the courts from law suits that might be avoidable if F/RAND obligations were more precise, and/or to channel such disputes into alternative dispute resolution channels, such as arbitration (as Google has agreed to do).

As I have pointed out recently, while Consent Decrees (and now policy statements) can have great influence, they are not in themselves binding upon courts. Consequently, it is possible that the next case before the ITC – or decided in a U.S. federal court – may not follow the approach advocated in the policy statement, or agreed to by Google. That said, the DoJ, FTC and EC have the power to act in their own right against those that they believe are in violation of applicable law, and to forcefully advocate their positions before the courts.

It will be interesting to see whether the evolving and increasingly detailed consensus that has emerged among U.S. and EU regulators and patent agencies will prevail in the breach, or whether the position they are espousing will be rebuffed by the courts. Should that occur, in order for the nuclear threat of SEP injunctions to be restrained, the baton of change would need to pass to the legislative branch here and abroad – should they be inclined to become involved. If that sounds far-fetched, given the bickering and gridlock endemic in Washington (at least) today, it’s worth recalling that just last July, the House Judiciary Committee held a hearing on the very same issues.