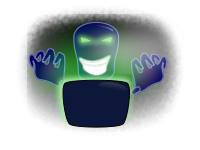 From time to time over the past year I’ve noted that events in the real world involving North Korea have been closely tracking the plot of my book, The Alexandria Project.  Among other events, North Korea has successfully launched a three stage rocket and threatened to use it to strike the U.S.; analysts have begun to speculate that the surprisingly low-yield nuclear weapons the North has tested may not be poor performing designs, but instead small devices purpose-built for missile launch against America. Just yesterday, the U.S. sent a pair of nuclear weapons-capable stealth bombers over South Korea, the same delivery means contemplated in my book.

Okay. Most of that could be attributed simply to the fact that I did my research well, and that others might make the same speculations based on past events that I did in developing my plot.  But this morning’s news included a story that makes me seriously wonder whether my book has crossed the divide from predicting events to acting as a “how to” manual for real-world, state-supported cyber attackers.

The article in question is titled, Cyber attacks Seem Meant to Destroy, Not Just Disrupt, and begins as follows:

American Express customers trying to gain access to their online accounts Thursday were met with blank screens or an ominous ancient type face. The company confirmed that its Web site had come under attack.

Whoa!  If you’ve read The Alexandria Project, then the italicized few words in that opening will have jumped out at you.  If you haven’t, here’s the corresponding text from my book. The setting is the main character’s attempt to access an important file:

Highlighting the file name, he hit the entry key, leaned back, and waited for the proposal to display.

Except it didn’t. Frank leaned forward and poked the Enter key again. Still nothing. Perhaps his laptop was frozen. But no – he could still move his cursor.

Then Frank noticed that something on the screen was changing . . . [T]here was a line of text, but in characters he couldn’t read . . . He reached for his cell phone and took a picture of the screen just before it suddenly went blank . . . The picture wasn’t great, but once he enlarged it he could tell that the characters were ancient Greek.

Indeed, why should any demonstrably weaker nation waste another dollar on a dangerously provocative nuclear weaponry program when a stealthy cyberattack could bring America to its knees?  After all, the U.S. is one of the most computerized and Internet-dependent nations in the world. That means that it is far more vulnerable to cyber attack by North Korea than that nation is to a similar assault by the U.S.  In other words, the U.S. is a perfect target for asymmetric warfare by some of its most readily identifiable adversaries.

If you think that’s a sobering thought, here’s another: as I say in my book blurb, “The only thing that’s fictional about this book is that it hasn’t happened yet.”

The way things are going, though, it looks like I’m going to have to come up with a new tagline for my book.