The following is a position statement I contributed to an on-line forum that will launch at 11 EST today focusing on policy reform within the Chinese standardization system.  You can join in that discussion here 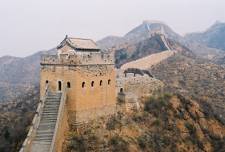 A variety of constituencies from the West have taken it upon themselves to reach out to China to "educate" the Chinese about the existing global standards development infrastructure, and to urge them to take part in that infrastructure in the same way as do other countries.  Clearly, having China, with a single national vote, participate in ISO, IEC and ITU would be best for the status quo players that have become skillful in participating in those organizations through decades of effort.  It's interesting to ask, however, whether that course of action, without more, would truly be best for China and its people.

If I were a policy maker in China, the most obvious question that I would be asking would be what strategy Chinese industry should follow as regards consortia, as well as the "Big I's."  To date, China has participated primarily in the latter, and in only a few of the former (e.g., OASIS and the W3C).  But China has launched a number of domestic consortia open either largely, or only, to domestic companies, to develop "home grown" standards.  And that seems backwards to me.

I think China should abandon the strategy of forming domestic consortia, and instead follow the same approach that multinational IT companies (and especially those headquartered in the U.S.) take.   That is to say, when a Chinese company, group of companies, or Federal commercial planner identifies a standard or group of standards it wants to see developed quickly in order to allow it to sell new types of information or communication technology (ICT) products or services, it should launch a global consortium.  By welcoming foreign companies to join in the effort, Chinea would make it far more likely that targeted standards get developed as quickly as possible, that work product will address domestic needs, and most importantly that the members of the consortium will promote the standards they have helped develop as aggressively as possible on a global basis, supported (if necessary) by test suites, certification programs, and more.

Would foreign companies join Chinese consortia?  Given the enormity of the Chinese marketplace, it is difficult to believe that they would not, assuming that the playing field otherwise seemed levell  Indeed, this is the reality that American companies have exploited for the last thirty years – a large marketplace and the willingness of U.S. headquartered companies to take the initiative in launching new organizations.

Of course, simply forming new consortia would answer only a subset of China’s standards-related needs.  As I see it, China today can choose among three very different standards strategies, each with somewhat different purposes, goals, risks and advantages.  They can briefly be summarized as follows:

1.  When China sets a domestic standard, and particularly one where Chinese patent licenses are needed, it can seek to give advantages to local industry (WAPI being a famous example).  But the likelihood of the same standard being adopted abroad is much lower, especially if there is already in existence another standard that addresses the same need.  This also sets the stage for potential protests under the WTO Technical Barriers to Trade agreement.  Still, such an effort can provide significant leverage, and of course there have been a number of examples of this activity to date (open document formats, wireless security, 4G, etc.)   The 4G efforts have perhaps been most successful to date, not necessarily due to the technical success of the standard, but because its existence has given Chinese telecom licensing authorities additional leverage over foreign vendors that want to participate in the Chinese domestic marketplace.

2.  Participate in the traditional standard setting structure (i.e., ISO/IEC JTC1) and seek to influence outcomes on a standards committee by standards committee basis, a strategy that China has already begun to successfully apply.  This is a good practice and should continue.  However, since most of the information technology standards, and many of the communications technology standards, are set in consortia rather than SDOs, I believe that China should also become a much more frequent member of consortia as well.  To date, Chinese companies rarely join consortia, and indeed, China faces some problems that most other countries do not, such as difficulties in obtaining visas to attend meetings in the U.S.  Still, while participating in consortia launched elsewhere is important, it offers fewer opportunities to strongly influence strategic results than actually forming consortia.

3.  Over and over again, vendors have elected to use consortia, rather than the traditional process, to develop standards that have become rapidly adopted on a global basis.  And while thousands of companies, universities and governments from around the world have participated in these consortia, their efforts have been directed towards achieving the strategic goals framed by the original (usually American) founders of those consortia. There is nothing to stop China from following the same practice.  The most obvious areas in which China could succeed in this strategy would be in niches where Chinese customers are deemed to represent a large part of the potential global profit potential, and where a competitive standard does not yet exist.

In such a case, Chinese companies (and particularly large companies like Lenovo) could approach several large multinationals that hope to sell products in China and invite them to become part of the founding group after the goals of the consortium have already been established.  In the proper example, I believe that these companies would be very interested in joining, after which further recruiting would be easy on a global basis.  Note that this would also help make multinational companies become allies of Chinese companies, seeking to make the same standards successful,  rather than potential enemies seeking to establish their own competing standards.  Unrelated, but equally beneficial, commercial alliances might follow.

Each of the three approaches described above has its benefits and risks, and clearly China should employ each of them in the appropriate circumstance.  However, in my opinion, it is the third approach that offers the greatest potential gains.  These can include standards better tailored to Chinese needs,  the need to pay fewer patent fees to foreign companies, greater influence on the global standards stage, fewer competing standards, and closer ties to potential business partners.  Given that setting ICT standards can be done virtually rather than through frequent face-to-face meetings, there is no reason why China cannot start consortia as successfully as do American companies.  Moreover, there are a number of small hosting companies and virtual platform tools that can handle all of the logistics for web and document hosting, conference calls, public relations, and so on, at very reasonable costs.

To my mind, the biggest variable that will determine whether China will reap the largest benefits from its participation in global ICT standards activities will be whether it decides to only participate in the traditional "Big I" standards organizations, or whether it will also fully engage in participating in, and more importantly founding, standards development and promotional consortia.  Least effective of all will be continuing to form inward-looking consortia limited to domestic companies.  From this route I can see only institutionalizing antagonism, standards wars, and lost opportunities.