I ask you to share with me today the majesty of this moment. In the orderly transfer of power, we celebrate the unity that keeps us free.   Each moment in history is a fleeting time, precious and unique. But some stand out as moments of beginning, in which courses are set that shape decades or centuries.   This can be such a moment. 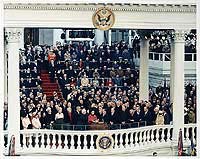 When I was much younger, still in school, I was fortunate enough to receive a ticket to a Presidential inauguration.  It was a good ticket, allowing me to stand not a hundred yards from the podium where the new president would stand as first he was sworn in, and then as he delivered his inaugural address..

Then, as now, it was a time of uncertainty, with wars both cold and hot raising tensions internationally and inflaming passions at home.  The campaign just ended had been divisive, as had the primaries preceding it.  There was much to weigh down the shoulders of a new president as he waited to take his oath of office, and many reasons to doubt his ability to deliver on the vision for the future that he would share.

The address that I heard that day was eloquent and high-minded.  In it the new President asked:

Certainly the concept of “one citizen, one vote” must be the bedrock upon which all democratic theory and protections are based.  Indeed, any government would presumably have to grant the validity of this tenet, lest its own validity be questioned.  After all, at the end of the day, when all else is stripped away, the debatable and the subjective, the polemical and the political, is this not the one undeniable standard upon which everyone must agree, the fundamental principle  of natural law that philosophers of any persuasion must certainly unite in supporting?

Down through the millennia and even into the present, this simple, seemingly irrefutable standard of equality and representative government has proven to be almost impossible to establish in any democracy as a practical fact.

If you hail from one of the hot beds of high tech - Silicon Valley, say, or (in my case) the Route 128/495 area of Massachusetts, you've doubtless heard the phrase "serial entrepreneur."  What those words describe is someone who has started several companies, and the phrase, when used, is invariably regarded as a compliment.  These days, if such a serial entrepreneur has some major successes under her belt, that makes her one of the elite of the high tech nobility - someone with the golden touch, that can turn ideas into huge returns for founders and investors alike.

But should this really be a compliment?

That may sound like a silly question, until you remember that in order to start a new company, you need to get rid of the old one - or at least leave it in someone else's care.  That isn't how the great companies of the past came to be what they are today, and it makes me wonder where we can look to find the great companies of tomorrow. 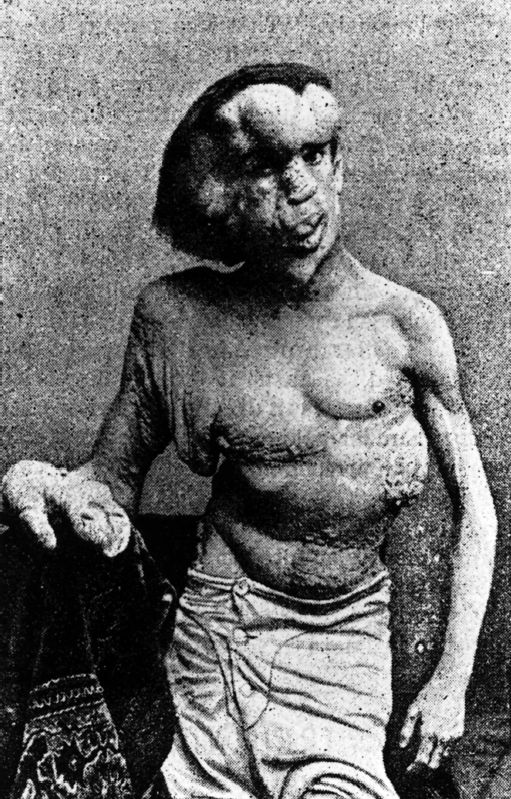 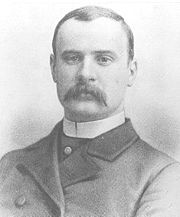 Election campaigns bring to mind - usually ruefully - standards of many types.  Among them are the levels of civility, truthfulness, and fair play that we wish candidates would exhibit when they compete for our votes.  But as the day of final electoral reckoning approaches, the gulf between the standards we favor and the conduct we observe on the hustings tends to widen rather than narrow.  To my mind, nothing demonstrates a lack of character in a candidate as the degree to which he or she is willing to slander an opponent.

Holding candidates accountable to reasonable standards of conduct and character in this respect has become more problematic of late, in part because candidates and their parties keep developing new ways to distance themselves from sordid practices, while still reveling in their results.  Some of these tactics have become sufficiently notorious to contribute new names to the lexicon of electoral dirty tricks.

The 2004 campaign, for example, gave us a new verb: to "Swiftboat," meaning to spread disinformation through an organization that has pretensions to credibility, and also denies any connection to the campaign of the candidate the disinformation assists.  The name, of course, derives from the ostensibly ad hoc association of war veterans that sought to impugn the war record of Democratic candidate John Kerry, a decorated Viet Nam war hero.  Most recently, we have a new adjective - "Rovian" - derived from the name of former Bush political mastermind Karl Rove.  This word is used to condemn (although sometimes with grudging admiration) conduct that is both artful and wrong - such as collaborating with Swiftboaters (yes, there is a noun form as well).

This is one of a very occasional series of non-tech essays that I call The Monday Witness.  This series focuses on social rather than technical issues, for the reasons explained in the first entry in the series.  As always, the opinions expressed here are mine alone. 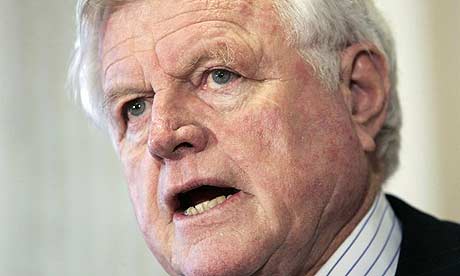 For those of us who are of a certain age, the 1960s were an era not to have been missed.  Indeed, they were a time when idealism seemed to be a responsibility of citizenship, rather than an idle pursuit.  As John Kennedy, Robert Kennedy and Martin Luther King spoke out in words that captured the heart as well as the mind, more and more fell in behind.  Their goals and ideals demanded to be your goals and ideals, and all of the lofty aims they espoused seemed to be as achievable as they were morally imperative.

And then, of course, the house of cards began to tumble in, through a succession of events that everyone that lived through them remembers all too well - not just remembers, but remembers frozen and captured in the amber of a terrible series of still images - where you were, and what you were doing.  And then, after what seemed an endless moment, the numbing horror of what came next, as if the camera had begun rolling once again.

I find it difficult to write about the war in Iraq with the same degree of detachment that I strive to bring to other subjects.  Given the dual lessons delivered by the conflicts of the 20th century – that the horrors of war defy imagination, and that it is far easier to begin a war than to end one – it seems incomprehensible that we would have launched a preemptive war against a nation on the other side of the world with no immediate ability to harm us, even if all of our inaccurate pre-war intelligence had proven to be true.

Notwithstanding the fact that Iraq was thought to be at best several years from possessing a nuclear weapon; despite the fact that its regime could not deliver weapons of any type more than a few hundred miles beyond its borders; notwithstanding America's historical and moral stand against preemptive war; and regardless of the fact that the nations of the world assembled in the UN were not convinced of the basis for war.

In part, I fear, it is because Americans do not value foreign lives as highly as their own.

Regular readers will know that my interest in standards is not limited to those that help make information and communications technology work.  Over the years I've written about standards created to address concerns more directly relevant to the human condition, such as human rights standards, social responsibility standards, and much more. The world being what it is, I think that it's time I did so on a regular basis, and that's what this blog entry is all about.

At the heart of many of my past non-technical writings lies a concern over whether the standards of conduct (personal, institutional, international) that we encounter in the modern world are adequate to protect ourselves, our children and our future.  All too clearly, the reality too often is that they are not.  Our environment continues to degrade, our governments often act in ways that we do not support, and we feel that we are powerless to make a difference.

Tor · ture noun: the act of causing great physical or mental pain in order to persuade someone to do something or to give information, or as an act of cruelty to a person or animal - Cambridge Dictionaries Online
For the purposes of this Convention, the term torture means any act by which severe pain or suffering, whether physical or mental, is intentionally inflicted on a person for such purposes as obtaining from him or a third person information or a confession,...or intimidating or coercing him or a third person,...when such pain or suffering is inflicted by or at the instigation of or with the consent or acquiescence of a public official or other person acting in an official capacity. It does not include pain or suffering arising only from, inherent in or incidental to lawful sanctions. - Part I, Article 1, Section 1, Convention against Torture and Other Cruel, Inhuman or Degrading Treatment or Punishment

On October 4, the New York Times broke the story that the US Justice Department had issued secret legal opinions approving interrogation techniques such as simulated drowning, concluding that such practices did not meet the legal definition of torture.   On October 7, the Times ran an editorial titled On Torture and American Values. The piece read in part as follows:

Once upon a time, it was the United States that urged all nations to obey the letter and the spirit of international treaties and protect human rights and liberties. American leaders denounced secret prisons where people were held without charges, tortured and killed. And the people in much of the world, if not their governments, respected the United States for its values.

The Bush administration has dishonored that history and squandered that respect. As an article on this newspaper's front page last week laid out in disturbing detail, President Bush and his aides have not only condoned torture and abuse at secret prisons, but they have conducted a systematic campaign to mislead Congress, the American people and the world about those policies....

The White House could never acknowledge that. So its lawyers concocted documents that redefined ''torture'' to neatly exclude the things American jailers were doing and hid the papers from Congress and the American people. That allowed the White House to claim that it did not condone torture, and to stampede Congress into passing laws that shielded the interrogators who abused prisoners, and the men who ordered them to do it, from any kind of legal accountability.

Why I am I writing about this topic in something called "The Standards Blog?"